This is my first post with predictions for a 70.3 race. Some data might still be a bit wonky, but I think it gives a good view of the field’s strengths and weaknesses and how close the race is probably going to be – or how far ahead of the field Daniela’s results have been.

Based on the previous results and “raw data” and putting aside race dynamics, here’s a look at how the races might unfold. The graphs below show at various points in the race who’s probably in the lead and how far back the other athletes are going to be. Of course this is just speculation and “the real race” still has to be run! 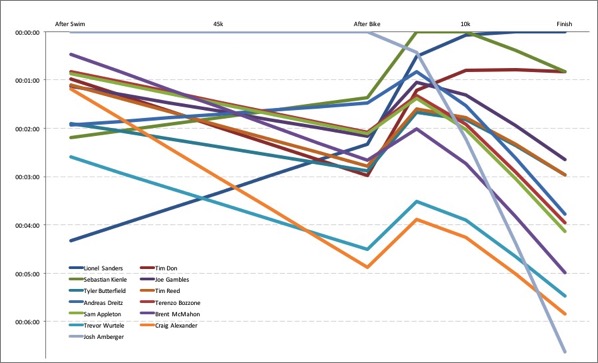 The main points of the race:

Based on the data, the female race is probably going to be less exciting than the male race .. but a few athletes will not agree with this and will do their best to make Daniela work hard for the win! 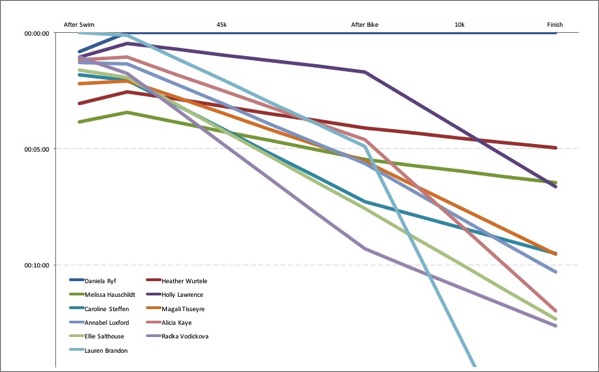