Click on the race name to get to the post with the latest details about the race. Read more about the types of posts and the data in them here.

After 2020 saw a big dip in Professional triathlon racing and overall prize money, things have improved in 2021. The overall money has continued to increase in 2022, especially with the further increase in Pro prize money and two Ironman World Championships this season. This post looks at the overall trends and which athletes have been making good money in different categories.

First, here is an overview of the races that are included in the money lists and comparisons to the 2022 and 2019 seasons. (I include 2019 as the last full season before the Corona pandemic disrupted racing.) The totals are shown in US$, for races that paid their prize purse in a different currency the amounts have been converted into US$.

* comparisons for PTO are to 2020 (the first year they have been active), numbers not included in the 2019 totals 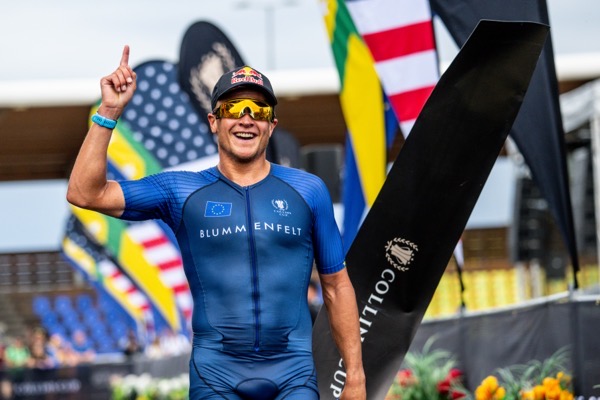 Photo: Kristian claims the #1 spot after the Collins Cup, provided by the PTO.

For Ashleigh Gentle, 2022 was a breakthrough season on the longer distances. Winning both the Canadian and US Opens, she is the top PTO earner. All of the athletes in the table below made a significant part of their 2022 earnings from the PTO – the lowest is Kona Champion Chelsea Sodaro with “only” 49%. There were 206 athletes who earned PTO money in 2022. 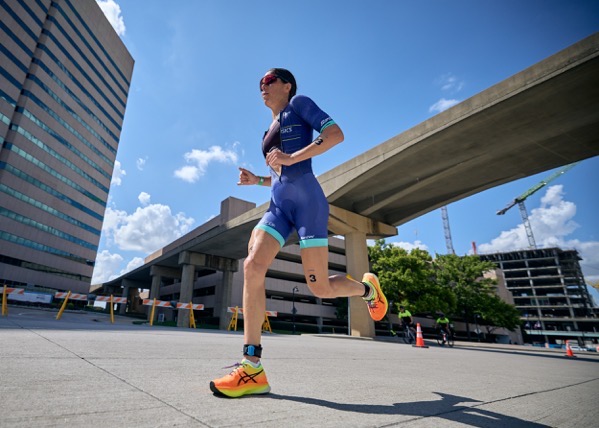 Photo: Ashleigh running to her second win on the PTO Tour in Dallas, provided by the PTO.

Kristian Blummenfelt was the most consistent racer on the longer distances. Winning two World Championship titles (both in St. George) and a third place in Kona was good enough to be the top earner from WTC races. He is followed by the other Ironman World Champions of this year, Daniela Ryf (St. George), Chelsea Sodaro (Kona) and Gustav Iden (Kona) – these four are also the only athletes at over 100k from WTC. All in all, there were 497 athletes who earned prize money from WTC in 2022. Almost all of the top earners also made significant money from other sources, almost always more than half. 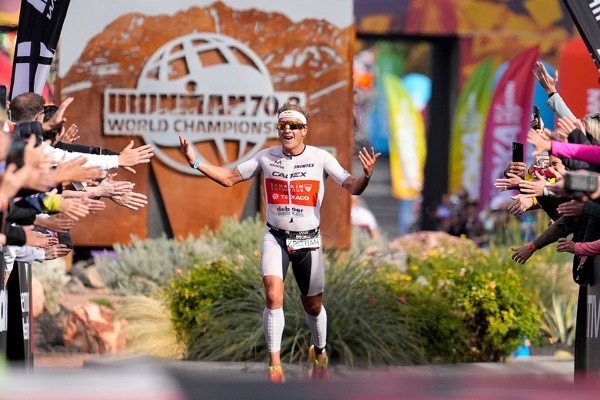 Photo: Kristian celebrating his win at 70.3 Worlds in St. George, provided by Ironman.

The top money earners on the Challenge side are typically athletes who focus on the Challenge Family “World Bonus”. This year, Fenella Langridge was the winner on the female side, and she also made enough money in her other Challenge races to become the top money earner. Similar to the WTC side, almost all of the top earners also make significant money from other race organizers. In total, there were 189 athletes who finished in the money ranks in 2022 Challenge and Clash races. 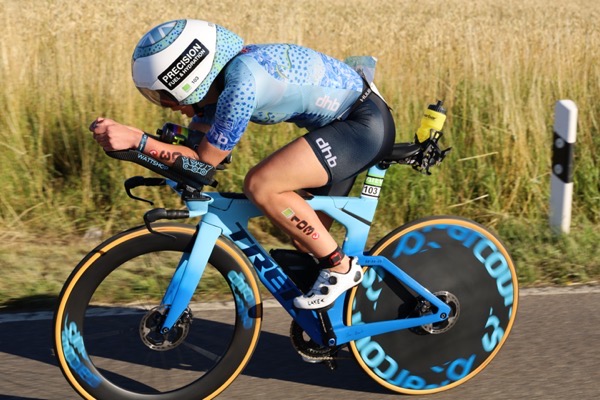 As in previous years, the top earner of “short course money” had to be successful in both major events, the World Triathlon Series WTCS and SuperLeague. World Champions Flora Duffy and Leo Bergere did not race any SuperLeague events and were overtaken in this money list by SuperLeague winners Georgia Taylor-Brown and Hayden Wilde. In total, 114 athletes made money in these short-course events, most of which made the majority of their money on these distances. 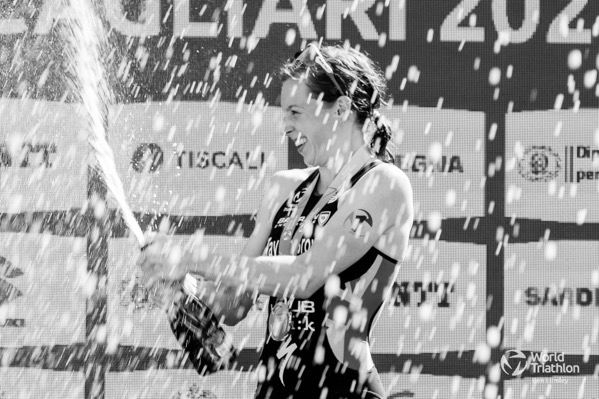 Photo: “GTB” pops a bottle of champagne after her win at WTCS Cagliari 2022, provided by World Triathlon. 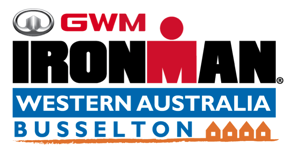 IM WA is a fast season closer and this year has been no different. Winner Max Neumann missed beating Ali Brownlee’s 2019 course record by one second, as a “consolation prize” he set a new run course record. Matt Burton improved Cam Wurf’s bike record from 2018 by one and a half minutes. On the women’s side, Kylie Simpson missed the run course record by just six seconds, Beth McKenzie’s time from 2014 still stands.

IM Western Australia offers two male and two female Kona slot (or wherever the World Championships are going to be). These will go to:

The full list of qualifiers can be found here.

As the “Middle East Championship”, Israel offered three slots each for the men and women. These will go to:

IM Arizona had 2 male and 2 female Kona Pro slots. These go to

Last year conditions were super-quick, helping Kristian Blummenfelt to set a super-fast 7:21 and Sara Svensk an 8:22. This year, the race on average was about 26 minutes slower, pretty much across all three legs. Female winner Gurutze Frades was still able to set a new women’s run course record, running 1:10 quicker than last year.

IM Cozumel had 2 male and 2 female Kona Pro slots. These go to