By Thorsten on December 6, 2020 in PTO Championship 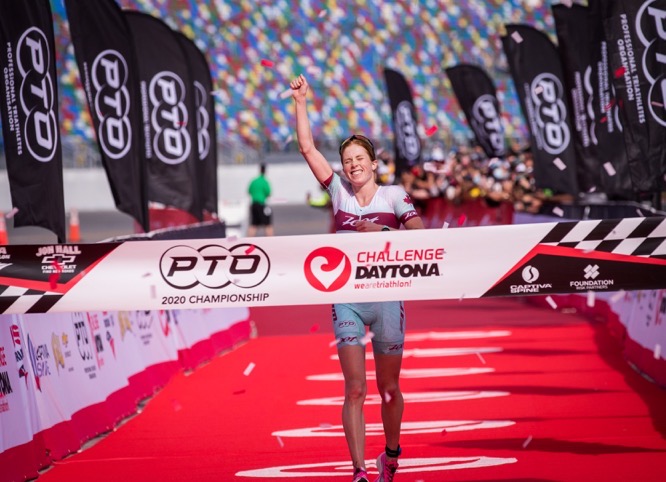 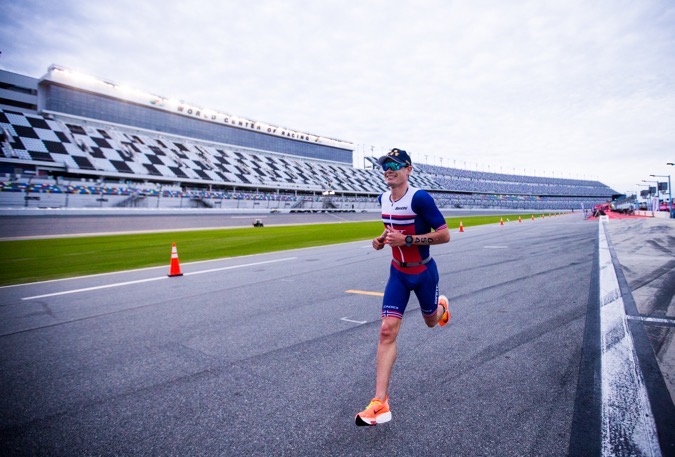 By Thorsten on December 5, 2020 in PTO Championship 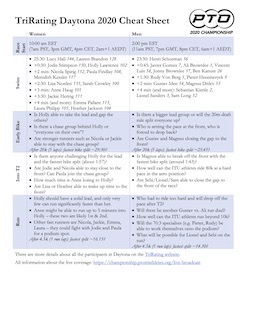 For this Sunday’s races in Daytona I’ve put together a one-page “Daytona Cheat Sheet” about who and what to look for during the race.

By Thorsten on November 30, 2020 in PTO Championship

Based on my seedings for Daytona, it’s interesting to have a look at how the race might unfold and what to look for at various points of the coverage.

Of course all data-based predictions have some limitations: First of all, some athletes have never raced at the half-distance – so even if Vincent Luis and Jonny Brownlee are likely going to play big roles in the race, I can’t really data-predict how they will be able to do in Daytona. Next, the data predictions don’t take into account how race dynamics will impact an athlete’s behavior in the race. With small differences, athletes will probably stay together, usually because some athletes swim, ride or run just slightly faster to stay with someone else. Then, especially some young athletes have made lots of progress from season to season and it’s difficult to properly assess their current capability. And of course there is also a “2020-special factor” when a lot of athletes had to take a long break because of Covid, and some of them haven’t raced at all in 2020 before Daytona.

So even with all these caveats and the “limited time and space” meaning we can’t discuss the chances of every athlete on the Daytona start line, I hope that the following discussion gives you a good indication of what to look for during the race .. and to quickly spot when something unexpected happens.

Here’s the expected race development graph for most of the female contenders (click on the graph for a hi-res version): 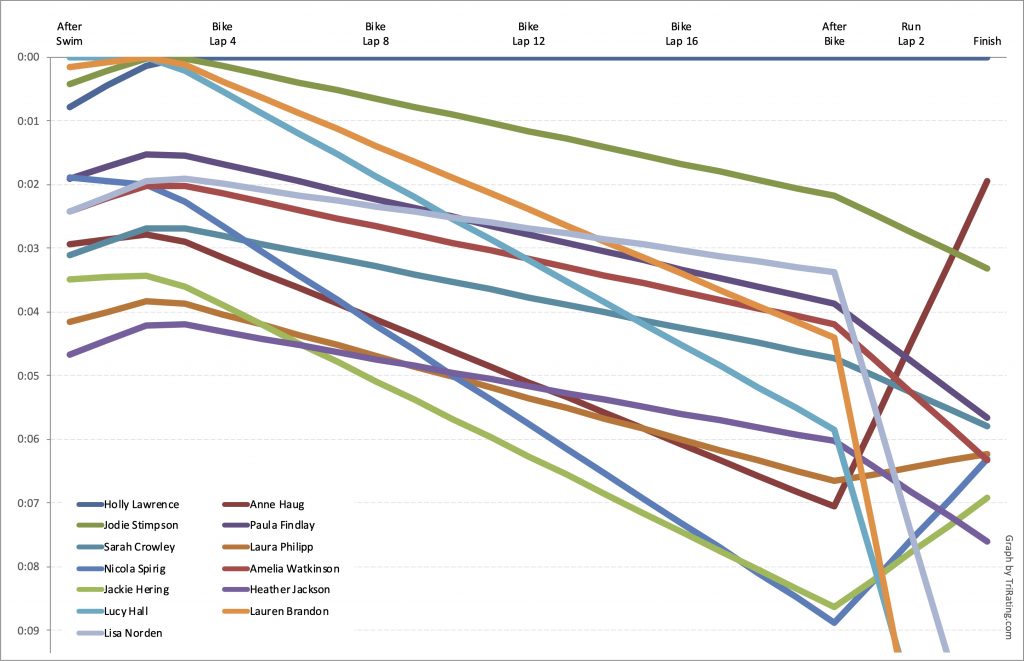 Here’s the expected race development graph for a selection of the male contenders (click on the graph for a hi-res version): 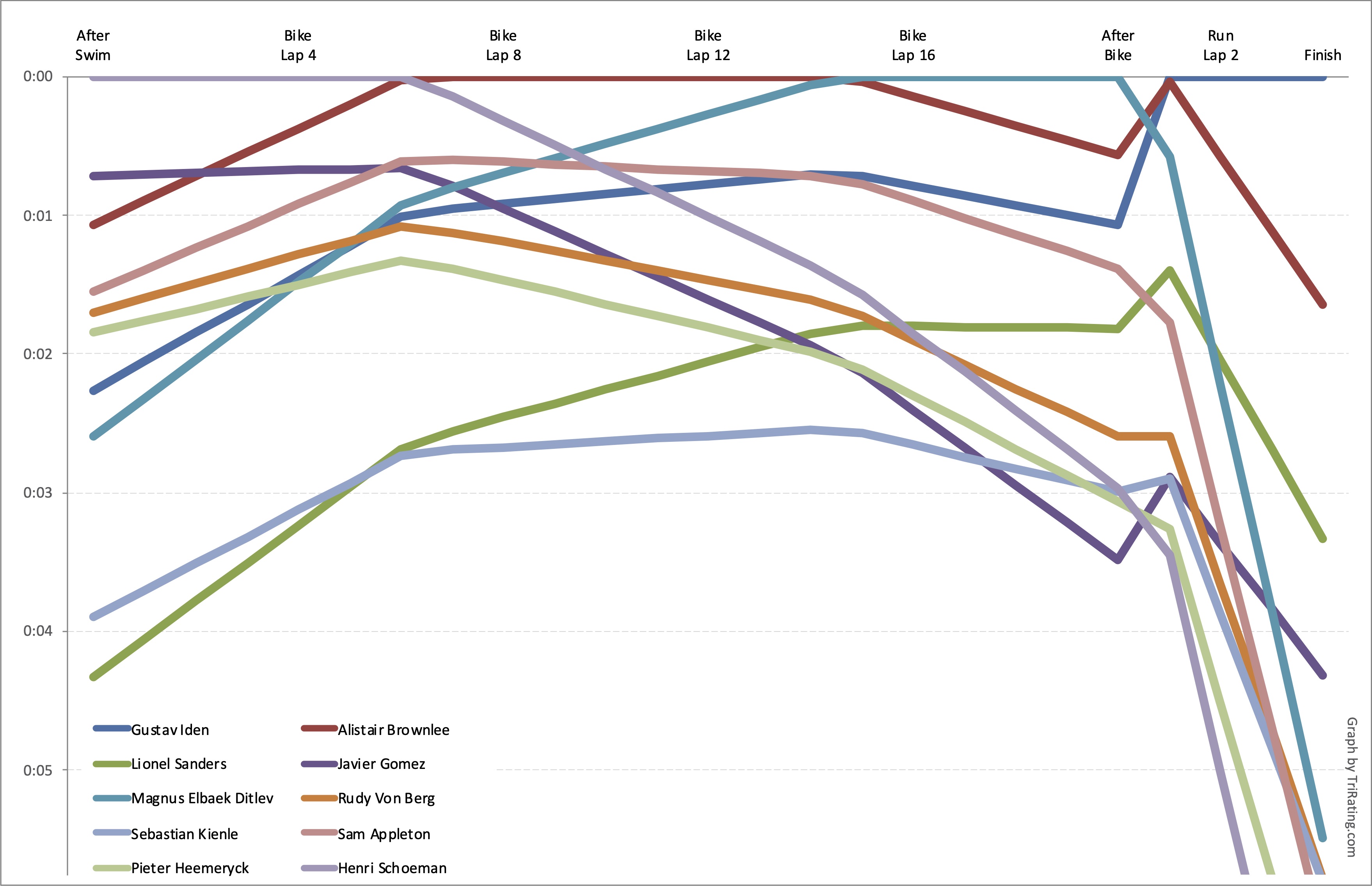 By Thorsten on November 18, 2020 in PTO Championship

If you want to follow the race, you can get more details and sign up for the live stream. 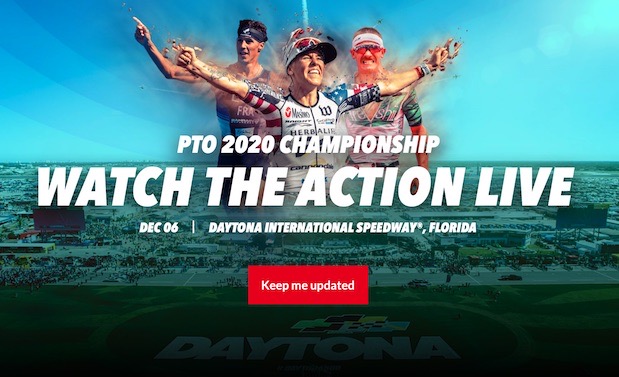 The following table shows the time plan for the race start and the estimated times for the first athlete in the transition zones or across the finish line. The estimates are based on the local start time and my time estimates, these times can change based on how fast or slow the race ends up:

Daytona is on Eastern Standard Time, 5 hours behind of UTC. Here are the conversions to a few other time zones:

A “Technical Note” on Predicted Times

But it’s tricky to transfer the times from last year to this year’s PTO Championship which will be a 2k swim, 80k bike, and 18k run. The swim and run times can probably just be linearly scaled from the regular distances, but what about the bike? As discussed above, the flat, fast Daytona course is likely to have a big impact on the bike times. Continuing to use Lionel as an example, scaling down his 70.3 bike rating (2:07:48) to 80k, we’d get a 1:53 while his 2019 time (scaled to 80k = 1:40) is only 90% of that. Of course there will be some speed differences between riding 60k, 80k and 90k, but coming up with an exact number is next to impossible with the limited amount of data there is. (For those interested, I’m speeding up the scaled 80k bike times to 92% which gives Lionel an expected bike time of 1:43:29.)

All of this goes to show that the times shown in the seedings below have to be taken with an even larger grain of salt than for other races. But I think they still provide some value in that the order of the athletes and – probably as important – the time difference between the athletes should be pretty stable (at least for those with a decent number of 70.3s) and give a good indication of how the race might unfold when everyone is racing with their “paper form”. For example, it wouldn’t be a surprise to see Magnus Ditlev to ride through the field on the bike. Even then, numbers can’t predict what is going to happen when he rides past Alistair Brownlee or Gustav Iden and if Ali is going to stay with him (or trust his much better run). Similarly, on the women’s side Holly Lawrence should ride away from the rest of the field on the bike, possibly building a large enough lead for the run. But there are a few ladies in the field who have raced well in 2020 – for example Lisa Norden has posted the fastest bike split in all her 2020 races (and consistently outperformed my predictions), and at IM Florida four weeks before Daytona, Renee Kiley, Ruth Astle, Skye Moench and Kat Matthews have ridden splits of 4:32 to 4:36 over a flat 180k bike course – even if they don’t ride at a much faster speed they’d be under the two-hour-mark in Daytona.

In addition to these rated athletes, you also have to consider Vincent Luis and Jonathan Brownlee (who haven’t raced on the 70.3 distance before) as potential winners for the race – I expect at least one of them to finish on the podium in Daytona.