Challenge Roth is one of the fastest courses. This year was no exception, the adjustment of 19:17 was just a bit faster than the course rating of 18:46. The weather seemed to be perfect for racing – a few clouds, little wind and not too hot.

After making up his 2 minute deficit after the swim, Andrew Starykowicz tried to ride away from the field. He managed to post a new bike course record (4:09:13), but Nils Frommhold rode with him, managed to distance Andy into T1 and had a bike split that was just 17 seconds slower. Nils then ran what seemed to be a very controlled 2:51 marathon to win by five minutes. 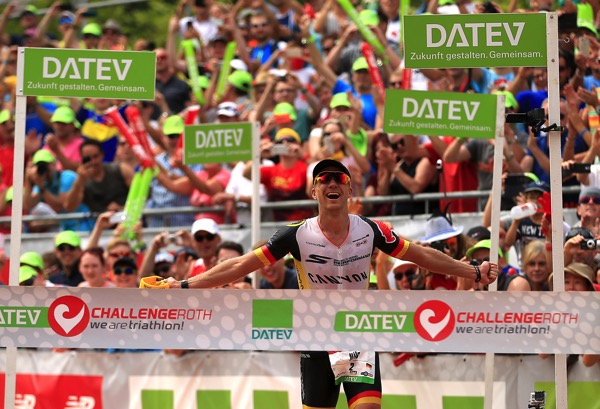 Timo Bracht was just a bit slower than last year, he had the strongest marathon to finish second. Late entry David Dellow redeemed himself after his DNF in Frankfurt from a week ago with his first sub-8 result to finish third. Per Bittner had the best race of the top finishes, while Andy Starykowicz walked most his marathon for a 9:36 finish to validate his bike record.

After catching best swimmer Laura Bennett, Anja Beranek was the leader into T2. Even though riding a few minutes apart, Anja posted almost an identical bike split to chasers Carrie Lester and Yvonne Van Vlerken. Yvonne then had the best marathon, took the lead around the half marathon and overcame a weak period around the 30k mark to win in 8:50 by a little over two minutes in front of Carrie and Anja who both went sub-9 as well. 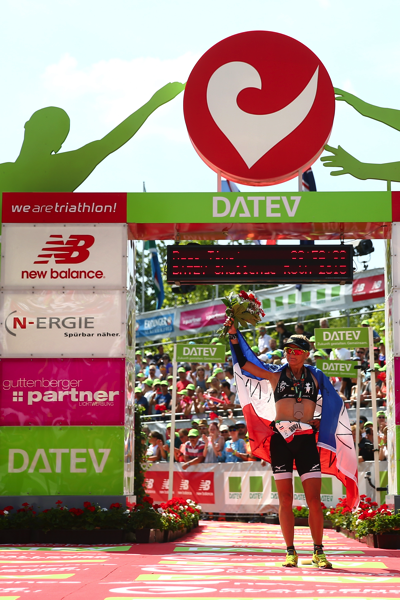