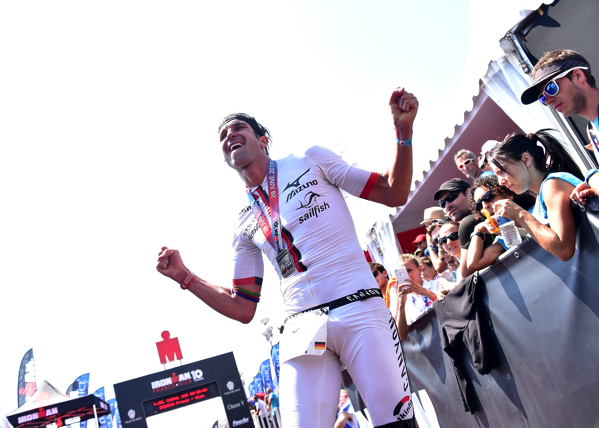 It took a second best bike to make up most of the deficit he had after the swim, but he was still eight minutes behind Frenchman Romain Guillaume. But Boris’ second best marathon was more than 15 minutes better than Romain’s and he took the lead after 28k. By then he was only threatened by Victor Del Corral who had the best marathon and kept the pressure on, but Boris won by 2 1/2 minutes in front of Victor and Romain.

Jeanne Collonge was leading the race into T2, but she quickly struggled to run well in the heat and was forced to DNF. By then Cait Snow had taken the lead with a 1:27 half marathon, but Lisa Roberts had run a 1:25 half and was slowly eating into the lead. In the end Cait Snow posted a 2:58 marathon, holding on to 70 seconds of her lead for an emotional win. 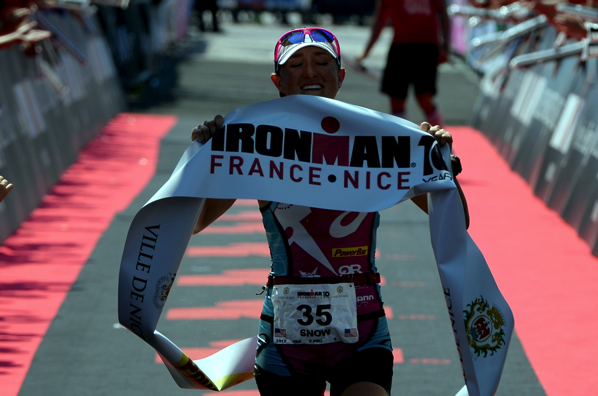 Lisa posted a 2:54 to finish second. Third place was taken by Emma Pooley who had a great 5:16 bike leg wich she was able to follow with a solid 3:12 marathon.