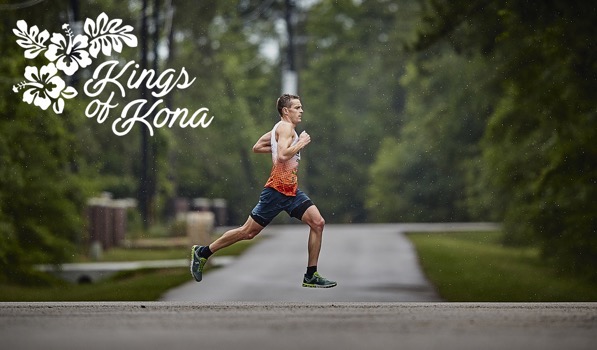 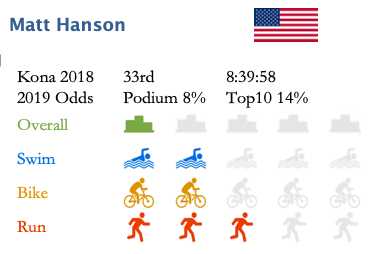 In almost any Ironman race, Matt has to be considered among the favorites. The exception so far is Kona where he hasn’t been able to put together a good race yet – three Pro starts ending in a DNF, a 34th and a 33rd place. But he’s optimistic that he has the tools to be successful on the Big Island and has been working to put the pieces together on race day. Is this going to be the year he has a breakthrough performance in Kona?

Thorsten: So far you haven’t had a good race in Kona yet – what are the things you’re looking to change this year?

Matt: I am constantly working with my team to try to improve the way I prepare for any race. I’ve raced in Kona five times, twice as an agegrouper and three times as a Pro. I have not put together a good day there as a Pro yet, but I’ve found a few things that don’t work. I know I can be successful on the Big Island. I have the tools necessary, I just need to put the pieces together on race day.

T: Some athletes decide to shift their focus to other races than Kona …

M: Kona is the driving force for all the decisions I make as a professional triathlete. I train alone most of the time in Iowa. So racing frequently is a way for me to get an idea of how things are going and what I need to be working on. It allows me to go out and have some fun and continue to love the sport. I typically build my season around two races each year .. in the past few years it has been Kona and IM Texas. So those two races would be the only times I start a race 100% tapered and ready to roll. The other races are often longer training days, races that I go in trying to specifically work on one component, or races that I’m drawing on the Kona/Texas fitness after those races. The results in those are a secondary focus. Obviously, I want to race for the win every time I am on the line, but in a lot of the “smaller” races I will make a race plan around something that I’ve been specifically working on in training. Maybe that isn’t the way to my fastest race on the day, but in the end it is what I feel will help prepare me the most for the high priority race of that build.

T: This year you’ve won at IM Boulder. How different is it to race and train at altitude?

M: I have been to Boulder a few times and seem to get used to the altitude there within a few days. The elevation there is about 5400ft (1650m), but I don’t tend to start really struggling until after 6000ft. I left Boulder a few days after the race and have not returned to altitude since. I’ve been training at my home in Iowa and will head to Kansas in a few weeks for some final prep with the Julie Dibens “JDcrew”.

T: How much of the Kona race can be pre-planned or will you have to adapt as the day goes on?

M: I don’t think we will pre-plan much if any of the race. I’ll have targets averages, etc., but in a race with this much talent and where the weather and conditions are going to be such a big factor I think it will be mostly reacting on what is going on around me.

T: Any plans for “winter” racing such as Mar del Plata last year?

M: I will make all plans for any late 2019 or 2020 races after Kona. I’ve stuck to a very similar schedule for the last few years, but with the North American Championships leaving Texas things will likely be different. I would love to do Challenge Roth, but summer racing always depends on getting an early Kona slot.