Thomas Gerlach has grown up in Wisconsin (guess his favorite Ironman race!) and is now training a lot in Tucson, Arizona. He’s been racing Pro since October 2011 season. He opens up on his blog about his training and prolific racing, and is pretty active on Social Media as well. He races almost every weekend on all distances. Here is a table of his professional Ironman races:

He is now ranked 57th on my ratings. He qualified for Kona 2013 in July, his 3.800 points (at that time) were enough for a 42nd place in the KPR ranking and the second to last qualifying spot. The changes in the KPR for 2014 bring a new points allocation that favor the top 3 finishers, and with his 2013 results he would have dropped beyond #100. He recently finished Ironman Arizona with a PR of 8:25:01, „only“ good enough for a 12th place. I was interested in his perspective on racing Kona as a Pro, his thoughts on the KPR system and his plans for the next qualifying cycle, and he was kind enough to answer my questions. 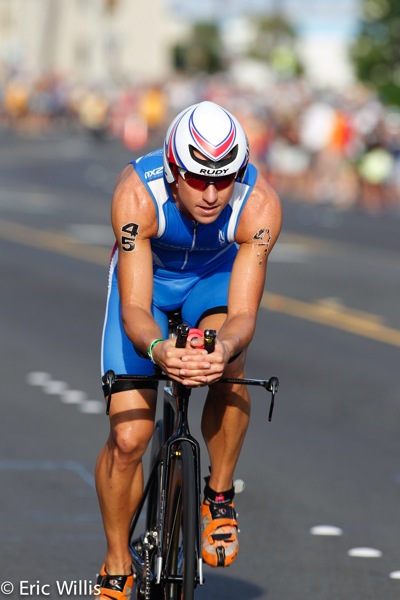 Q: After you qualified for Kona this year, why did you decide to race there, even if it ends up mostly being a „vacation with a race“?

A: I raced this year at Kona because it was just too much of honor not to race there, but I never really made it a season goal to qualify, it just kind of happened. I had many friends whose only goal was just to get there. However, the days of old are over. There are guys who are better than they were 4 years ago and went under the old system and now they have no chance of making it back today. The system is changing again for 2014. I think I can still get back there but I’m not setting my season up around it. Kona is a special race, and it takes a certain type of athlete to do well there.

Q: Earning some prize money was probably unrealistic for you, so is there some compensation from sponsors or other benefits outside of prize money?

There is compensation for many of the athletes and there was a small amount that I received by going but it was nowhere close to the cost of the trip. Thankfully fellow pro Bryan Rhodes helped me secure a wonderful homestay which helped defer some costs. I have to thank Katie and Paul Burke for welcoming me into their home. I always encourage people to homestay athletes. It really helps us out, especially at venues where scarcity of lodging really drives up the overall cost. Kona is definitely one of those places.

I would like to thank Trisports, 2XU, and Atomic for offering additional support in helping me race in Kona. And I wouldn’t want to forget Cobb Cycling and Powerbar who were extremely supportive in the 2013 season.

Overall this sport is tough and almost every athlete could do a better job with sponsorship in general but you have to decide at what cost to your own development as an athlete. For Americans it seems like sponsorship can be really hard to come by. I know some athletes who are the top athlete from their country and it seems to be that funding seems to be less of an issue for them. I will say that Kona is by far the biggest event in our sport. Anyone that has been over there understands this but there are a lot of opportunities to build your own brand over in Kona and that is worth a lot.

Q: The way the qualifying system for Kona is set up, it seems to “force” athletes to focus on racing WTC races. What are your thoughts on this?

A: I’m not sure it is necessarily to “force” athletes to race. There is always a lot of talk about that but it is not like WTC is the only game in town. Truthfully I don’t understand why so many pros travel half way across the world to end up four thousand dollars in the hole to race – that isn’t sustainable unless you have sponsors just throwing money at these athletes. In my opinion these athletes should stay closer to home and that is why I race close to home. 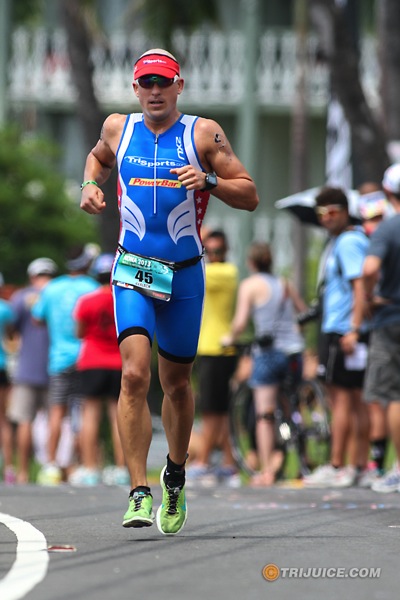 I guess I look at it differently than most pros, I think many pros are dreamers, and they are not doing what it takes to make it into a viable career choice. Personally I am a fan of the KPR in general. I think as athletes we should be out there racing – it seems to be that some of the big dogs have a problem with it. I see it as a hunger issue, they want to collect checks and don’t have the hunger to go out and race. Regardless this year it is changing and the new system rewards big performances at big races. I’m sure it will be a learning process again this year.

Q: Would you like to be able to race Rev3s, Challenge races and money races such as Abu Dhabi, MetaMan etc. or are you okay to just race WTC races?

In 2012, I made a lot more from the Leadman events than WTC races. This year I have just done the WTC races, but it is a tiny amount. After all it was just $1,500 from a 7th place finish at Ironman Los Cabos, $1,500 from 7th at Ironman Coeur D’Alene, and $1,750 from Ironman Louisville. Bonuses and exposure are pretty small in general as well, and then there is all the costs. This isn’t a sustainable model for me, but yet I would say my income in the sport was greater than 95% of the other pros out there. I also keep expenses down compared to my peers which I don’t think they really focus on. The old saying “it takes money to make money is” is probably one of the worst sayings in the sport among my peers. They could focus on events closer to home and travel less but yet they end up at the end of the year 25K in the hole. I’m not sure how they make it work but they do.

As for more diversity in the race series, I’ll always do the races that make the most sense for me. I like to pick races that I can do well at – it helps on financial level, a confidence level, and for growing as an athlete in general. Races I can drive to are important and avoiding things like plane tickets and bike fees make a big difference.

Q: Based on how you qualified in 2013 and some of the statement you’ve made, you don’t seem to have a problem with racing a lot to qualify? Do you feel this impacts your chances of racing well in Kona?

A: It absolutely affects my ability to race well, but if we are all in the same boat we all have the same handicap. I have raced a lot in the past to gain experience and it blows my mind that there are pro athletes out there who have never even won a race, not even their local sprint. I mean, if you don’t have experience in all kinds of situations, what are your chances of making the right move when it really counts? With that being said I have gained a lot of experience, it doesn’t mean there isn’t more to gain, but I’m focusing on more quality going forward. 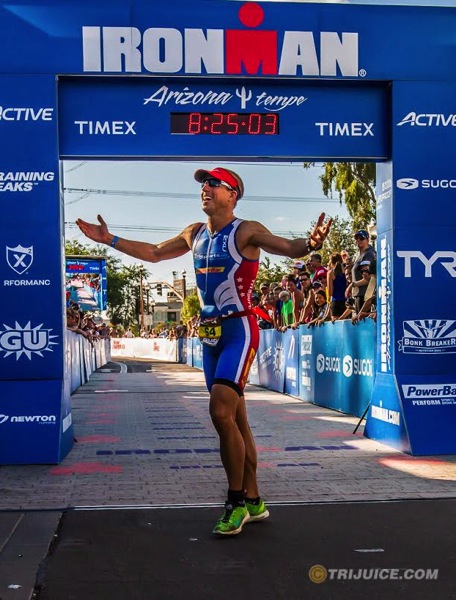 Q: What’s your opinion on „validating“ and the amount of points for Kona?

A: I don’t think validating should be an option. It creates an unfair advantage in my eyes and I’m all about fairness. At the very least I think a “validation” should require an athlete to finish with 8% of the finisher’s time. The Kona points is tougher, you are racing so you should get some points but I’m not sure on the allocation.

Q: What changes would you like to see for the KPR?

A: I think the old KPR system was better, it rewarded hard work. If the guys in the trenches want to do the work then reward them. It also acts as a platform for development and not a barrier to entry. The way you have it now it is weighted so far to the top-3 that I think it will result in even more DNFs, after all, if there are no points and no monies then it is better to save it for the next day. We only have so many performances to dig deep, and I see so many guys wasting them on the 11th place finish. They come across the line and collapse, when I think it would be better off for the longevity just to finish strong.

Q: Do you think WTC should give out some Kona “wildcards” (e.g. for the Brownlees, Javier Gomez, or Lisa Norden) or should everyone go through the qualifying system?

A: No wildcards, again it creates an uneven playing field. I understand the desire to get some of these athletes to go long, but not at the expense of other athletes working hard.

Q: With the recent changes to the KPR system for 2014 and the new points allocation favoring the top 3 finishers, it seems that race 7 IMs and get enough points probably won’t work any longer. What’s your strategy to qualify for 2014?

A: Ultimately I’m not putting a big red circle over that event in 2014, nor did I in 2013. If it happens, it happens, but I’m not chasing it. The 2014 race schedule isn’t set but I’ll probably race a few Ironmans. I know what I need to work on and I’ll be ready to take another step up next year. If I make it up that next step then I’ll be in a good position to earn some points and requalify.

Thomas, thank you for your willingness to answer my questions and your honest answers. I hope that you’ll continue to develop as an athlete, and that qualifying for Kona will be something that can just „happen“ for you with a few great results. All the best for your 2014 racing season!