This is a guest post written by Stef Hanson of witsup.com. Witsup.com is all about women in triathlon. Stef and I have been working together on profiles for the Kona women contenders and are now guest-posting them on each other’s sites. (If you want my more “numbers-oriented post” on Xena, head over to my data post on witsup.com!) Thanks Stef for a great and insightful post, I can’t wait for more!

To fall back on a classic sporting quote, surely Steffen is due. She has been second on the big island twice (2012 and 2010), and fifth in 2011. Last year, she was passed by Leanda Cave in the dying kilometres of the run and was the runner up by just over one minute.

She has a ridiculously great record over the long course (half and full iron-distance), finishing on the podium every time, apart from twice, which happened to be at world championships – fourth at the Ironman 70.3 World Champs, 2009, and, fifth at the Ironman World Championships, 2011. “There is no option for not being on the podium. That option is just not available,” Steffen said to us in her true Xena matter of fact way in our WITSUP TV chat with her. 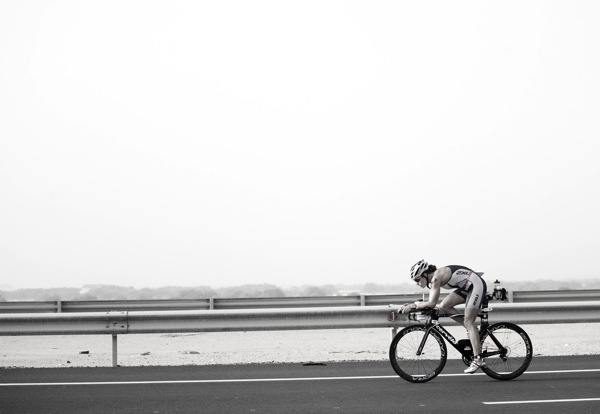 At the start of 2010, Steffen joined up with coach Brett Sutton and Team TBB. It’s fair to say, that was a pretty good decision, as her times started going down rapidly. Her success in 2010 started with a win at the Ironman 70.3 Geelong event, and also included, amongst many impressive results, a victory at the ITU Long Distance and a runner up at the Ironman World Championships – her first time racing on the island as a professional.

Last year, she absolutely dominated, which really started with her win at the inaugural Ironman Asia-Pacific Championships in Melbourne, landing her the title of the second fastest woman ever over the iron-distance, to Chrissie Wellington, who still holds the four fastest times. 2012 saw her claim the Ironman Asia-Pacific and Ironman European titles, amongst other accomplishments.

Steffen raced a lot last year, with her final race before Kona at the ITU Long Distance World Series event (3/80/20) in China on September 22 – which she won, convincingly, just three weeks before Hawaii. This year, she cut her races back, had a slower start to the year and her final event before a tilt at the Ironman World Championships title again, was at the MetaMan Bintan iron-distance event. Many people have questioned the decision to race such a tough race because of the hot conditions, six weeks out from the World Championships, and whether she would be too cooked. However, her response is simple. Putting her feet up is not how she prepares for events. Their plan (Sutton and Steffen’s) was to of course win at MetaMan, but without destroying herself in the heat too much. In fact it was the first time that she had worn a heart rate monitor during a race, to make sure that she didn’t go too hard on the run – for your information, her heart rate was 140-145bpm for a 3:29:39 marathon. The word on the ground, and from our ambassador, Belinda Granger who was racing at the time, was that she was cruising the marathon, and, that she pulled up reasonably fresh.

“We changed a couple of things this year… Brett sent me on a Chrissie Wellington 2007 plan. He sent her to Asia in 2007, two months per Kona and she did the same. She had an Ironman in Korea – a solid swim, a really good bike and then shuffled a 3:28 run and grabbed the win. That was her last race before Kona – exactly six weeks out too…” Steffen explained. By the by, 2007 was the year a relatively unknown athlete by the name of Chrissie Wellington, won at the Ironman World Championships – her first time on the island.

What was also interesting this year was her first attempt at the infamous Challenge Roth event where she won the race, against Yvonne Van Vlerken, was won on the run. Generally speaking, Steffen lays down her winning swim/bike combination providing her with a big enough buffer to hold on for the run. That’s not to say that her marathon is lacking, but, it’s usually where other athletes can make up some time. However, in Roth, it was her marathon that sealed the deal. Steffen has yet to crack the three-hour marathon mark, but we’re sure she’s not far off, and the ease at which she pulled away on the run in Roth, suggests that athletes can not leave it until the marathon to attack Xena, as she may not be there to attack anymore.

So, back to this year’s World Champs. Sutton and Steffen knew that they had to change something, so Steffen has spent a lot of time this year in the heat training and racing, including the Ironman 70.3 Philippines before MetaMan and then back to Cozumel to train in the heat with the Team TBB crew for the last six weeks before Hawaii. She has raced less, and seemed to have a slower start to the season, having spent a lot of time at the start away from her coach and Team TBB. It looks like she is peaking at the right end of the season, and this stoic, consistent performer will be looking to take that one more step up from the second step to the top step of the podium.