Conditions this year were faster than about 10 minutes compared to last year, especially on the bike. While there was wind and rain in 2013 and 2014, the weather was calm and sunny this year.

Markus Fachbach successfully defended his title from last year by posting a time that was 16 minutes quicker and a course record for the Challenge years. 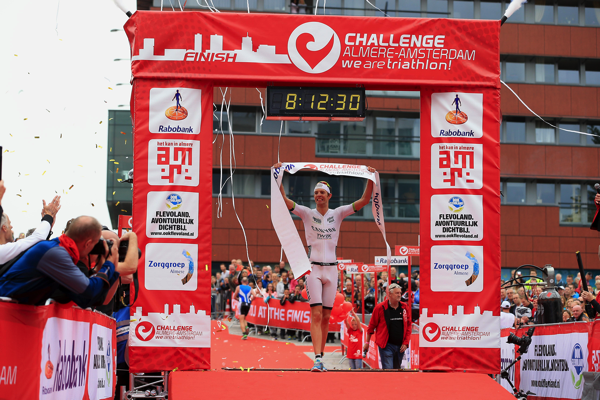 He was joined on the podium by Dutch athletes Mark Oude Benin and Erik-Simon Strijk.

The women’s race saw a lot of position changes on the bike and run, and Kathrin Walther had to fight until the last kilometer for the win: 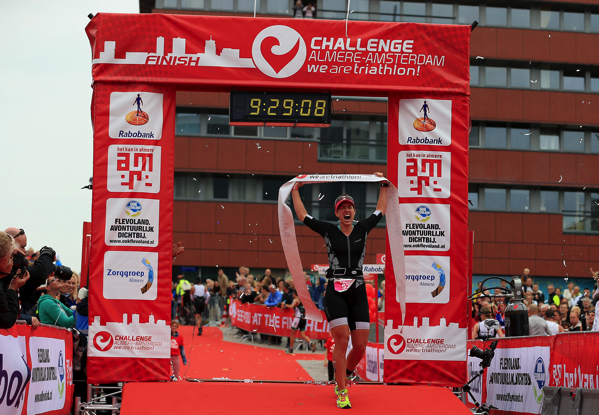 Irene Kinnegim had the fastest marathon of the day and came within a minute to Kathrin but ran out of real estate at the end. Camille Deligny lead on the bike and early in the run, she finished third in her Ironman-distance debut.