This was the first year that South Africa had a new bike course. The adjustment for the bike was a slow -12:49. As the conditions on the swim seemed pretty normal (-1:37, pretty much in line with a swim rating of -3:02), it can’t only be caused by strong winds but is probably a consequence of the harder, hillier bike course. Also, the run was only a little bit slower than normal.

After a long injury break, Nils Frommhold had his comeback races late in 2013, ending in a 5th place in the shortened IM Cozumel. He must have done some great session since then – he posted the fastest times in all three legs and won his second IM race by more than six minutes. The surprise second was Kyle Buckingham in his first professional IM, winning a duel late in the run with Faris Al-Sultan. 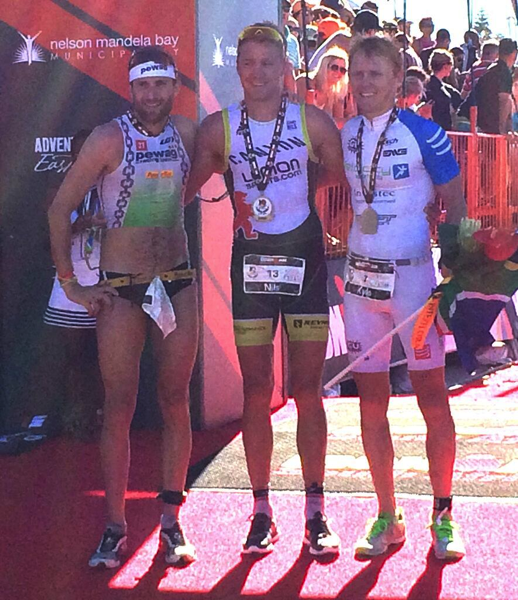 Bas Diederen came off the bike with Faris and was running steadily in 4th, but couldn’t bridge back up. Defending champion Ronnie Schildknecht was kicked in the stomach during the swim, and had to retire after the bike.

Once more, the women’s race was very exciting. As usual, Jodie Swallow stormed ahead on the swim and the bike, and started the run almost 10 minutes in front. Michelle Vesterby seemed to be in a good position, but also had to retire having sustained bruise ribs on the swim. Lucy Gossage took 2nd place and was slowly eating into Jodie’s lead. However, it was Simone Brändli who overtook both of them and won the race. Lucy managed to distance Jodie by 52 seconds, and the first three were within a little bit over two minutes. Jodie left it all on the course: 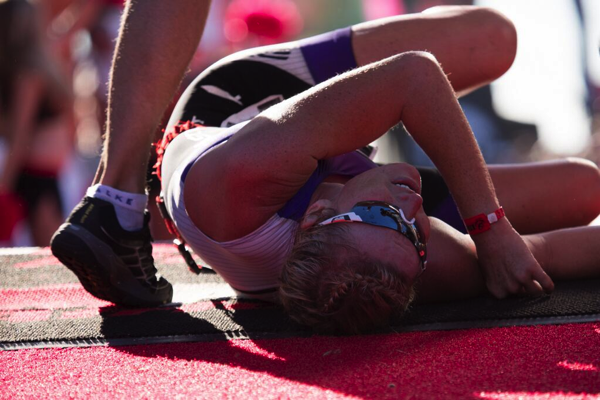 Defending champion Jessie Donavan was back by more than 20 minutes after the swim, then posted the fastest bike split but couldn’t make up any more ground on the run and finished in fourth place.