Interview with Nils Frommhold on Kona 2014

Nils Frommhold is one of the athletes that’s not yet a household name, but he might surprise a lot of people in Kona this year. Nils has switched to long-course racing in 2012 and immediately had great success, winning IM Arizona in 8:03. He was injured for almost the complete 2013 season, then easily qualified with a 5th place in Cozumel and a win in South Africa. This summer, he had a great race at Challenge Roth, leading for almost the whole day and eventually finished in second with a time of just over 8 hours. He also had a great 0.3 Championships placing fifth. This year will be his first Kona race, and he was kind enough to answer a few questions about Kona for my upcoming Kona Rating Report. You can already pre-order the report so you’ll be among the first to receive it! 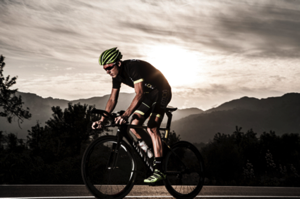 Thorsten: After your injury in 2013, was qualifying for Kona your main goal?

Nils: After Cozumel at the end of 2013, my goals were to get my Kona slot without too many races and also to have a peak performance at Challenge Roth in the summer. Both went better than expected! After my winning performance at IM South Africa, I had enough KPR points. The second place in Roth was my best result so far and a good basis for a great Kona result.

T: What makes Kona special for you?

N: To be honest, I don’t really know at the moment. This year it’s my first Kona and my first visit as well. Of course I’ve heard a lot of stories about the race and a lot of people try to explain what’s special. But to see it in real live is a different story – I’ll wait and see. As for the actual race, there aren’t just two to five main contenders! There are the best 50 long distance triathletes of the year. Everybody should be in your mind and you have to know everybody’s strengths and weaknesses. In the end the champion will be the one who’s best at handling the other contenders and the weather conditions. In addition it’s very important to play your „winning cards“ at the right moment!

T: How do you prepare for Kona?

N: Because this is my first start, I don’t have any Kona experience so far! But I won’t change what has been working well for me. As for the last two years (when I prepare for late season IMs), I’ll go to Clermont, Fla., for a training camp between the 70.3 Worlds and Kona. I know the place and – what’s even more important – the training facilities. It’s like „never change a winning system“ and it makes it easy to get into a training daily routine. After Florida I’ll go to Kona eight days before the „big dance“.

T: This is your first time racing in Kona – what is realistic, what would be a great result for you?

N: For me that’s difficult to answer! I don’t know what to expect and where I fit into that incredible field of athletes. But Kona is the race with which I want to grow. A good Kona result is one of my main goals for the future. To get back to the question, in 2014 I’ll find out my initial situation. Then I can start to chase the better-placed athletes year after year. Hopefully I won’t have so many to chase ☺!

T: Who are your picks for this year?

N: I hope that we’ll have a German winner! I think Sebi Kienle, Jan Frodeno and Andreas Raelert are athletes who have that potential.

T: Who is the most underrated athlete?

N: Christian Kramer! After his incredible Klagenfurt performance he is ready for a good result! But there are a lot of strong athletes. Everyone had to have a good performance to make it to Kona. Maybe Boris Stein or Filip Ospaly will be able to surprise.

T: Please tell us about the companies that allow you to focus on being an athlete.

N: I want say thank you to all of my sponsors that make my way to Kona possible! It’s an honor for me to present the Canyon Speedmax at the big dance and be part of the Canyon family as well. In addition, Lemonsports, Reynolds and Skechers did a great job! It’s incredible to be part of a big team of coach Wolfram Bott, and to have nice sponsors and a lot of friends behind me. Hopefully I am able to give something back with a good Kona result.

T: Nils, thanks again for taking the time to let me know about your Kona approach this year. I hope that a lot more people will know you after the race!