Conditions in New Zealand were pretty typical – the adjustment of 4:56 was very close to the course rating of 4:59. If anything, the bike was a little bit slower and the run a little bit faster.

Before the race, almost all prediction had a New Zealand victory. However, it was Marko Albert who took the win. 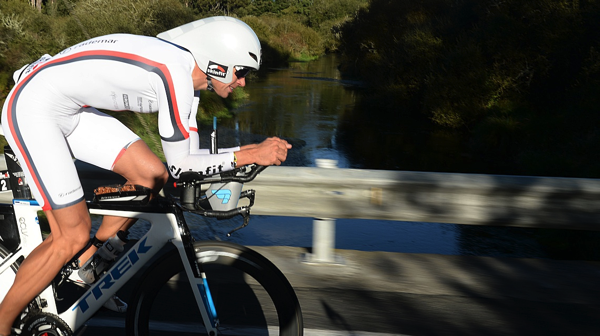 Marko was leading after the swim, and then pulled away from the big lead group, posting the fastest bike by four minutes. Marko had a six minute lead after the bike and posted the second fastest marathon to win his first Ironman. Cameron Brown posted the fastest run, managed to eat a bit into Marko’s lead and pull away from all the other contenders. The podium was rounded out by Terenzo Bozzone, who had a solid Ironman day.

Bevan Docherty had another frustrating DNF with stomach problems, it’ll be interesting to see how he and Romain Guillaume are going to adjust their Kona qualifying plans.

Meredith Kessler was the defending champion, and she also won the 2014 title in impressive, course-record setting fashion.

MBK almost posted a new swim record (unaided by male swimmers, the women started a minute after the men) and then had the fastest bike leg even with two minutes lost to some mechanical problems. Meredith also had the fastest marathon – interestingly in exactly the same time as second place Gina Crawford. Gina pretty much sealed her Kona spot, and if she manages to progress as she did in the few weeks after Challenge Wanaka, watch out for her in Kona! Third place went to Wanaka winner Candice Hammond.