A week before the race it looked as if there would be really hot conditions. However, conditions were not too bad on race day (there was even a wetsuit legal swim) and the race conditions were the fastest we have seen in Texas since it was first held in 2011. All three legs were a little bit quicker than normal, leading to an overall adjustment of 18:30 for 2014 and a new course rating of 12:40.

Jordan Rapp quickly overcame his normal swim deficit, and was the clear leader into T2. But it was quickly apparent that he was struggling a bit on the run, and Bevan Docherty took the lead and managed to win the race, apparently overcoming the nutrition problems he had in his last races. 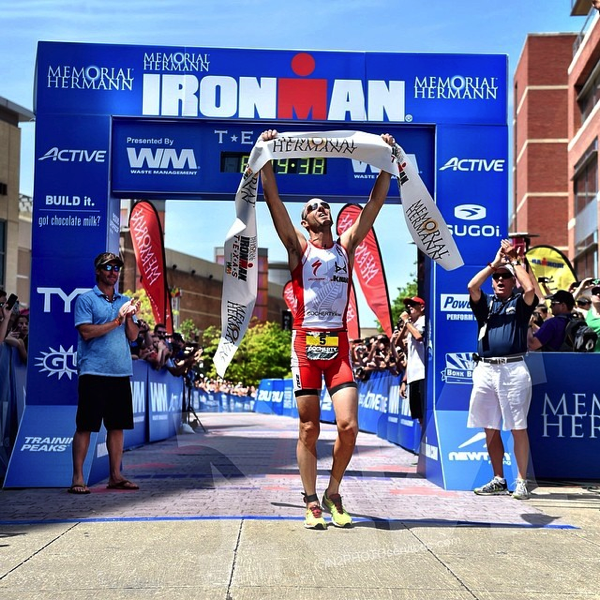 Jordan was even forced off the podium, second place went to Matthew Russell and third to Justin Daerr – two athletes that had really good races and finished with strong 2:52 marathons.

For most of the day, Julia Gajer was in the lead. She forgot to bring her best run and was eventually overtaken by Kelly Williamson who ran a fantastic 2.54 marathon to take the win: 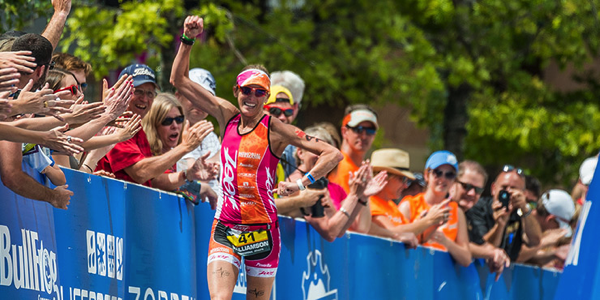 Amer Ferreira took the final spot on the podium. Bree Wee was a good fourth, and Jennie Hansen had a solid race after all her early season issues. Sarah Piampiano was in the mix, but ran into issues in the last part of the run (injury) and had to walk the last 1.5 miles. My pre-race favorite Eva Wutti struggled in the heat and called it a day after severe cramps on the bike.