Ironman Wales is known as the toughest Ironman course on the calendar (course rating -27:46)- and this year was no exception even if there was decent weather (adjustment of -33:55). The swim was again quite slow: Harry Wiltshire was first out of the water but he was seven minutes slower than the course that he and Daniel Halksworth hold. Same thing on the female side with Anja Beranek leading after the swim but missing her course record by seven minutes. The bike had an adjustment of -27:33 which is also typical for Wales, even if we saw a new bike course records by Markus Thomschke (first ever sub-5h bike in Wales!) and Anja Beranek (narrowly missing 5:30).

After a disappointing race in the 70.3 Champs in Zell am See, Jesse Thomas decided to go ahead with his first full IM distance race. He quickly took the lead on the bike and was joined by Markus Thomschke – both stuck together for most of the ride until Markus pulled away a bit into T2. Jesse then had a very solid 2:52 marathon (second best of the day) on the rolling course in Tenby to win his debut Ironman race: 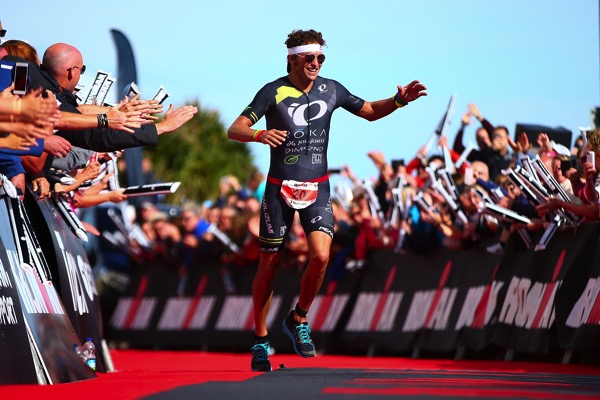 Second place went to Andrej Vistica with the fastest marathon of the day (just one second quicker than Jesse). Markus Thomschke held on for third place.

There was never a doubt that Anja Beranek had come to Tenby to win her second Ironman race after Zürich 2013. Entering T2 she had built a lead of more than 30 minutes. She could afford to not push on the run as her lead never shrank. After her third place in the 70.3 Champs and her win in Wales Anja is almost assured a 2016 Kona slot! 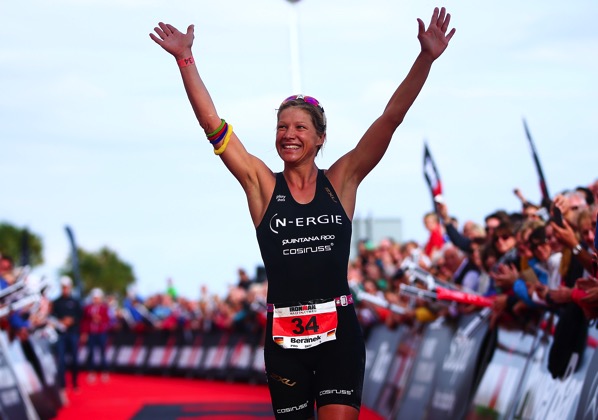 Behind Anja there were quite a few position changes and close racing for second and third. Tineke Van Berg held on to her second place on the run, while Katja Koschak advanced into third place, overtaking Tine Holst just a few k before the finish. After winning Powermac Zofingen just a week ago, Emma Pooley was never in a position to contend for the podium.