In February, I started a series of posts on the Kona 2012 odds. This is the April update, after IM Melbourne and IM South Africa. You can always see the latest odds by clicking “Kona 2012 Odds” in the main menu.

The current odds are as follows:

And a look at the changes over time: 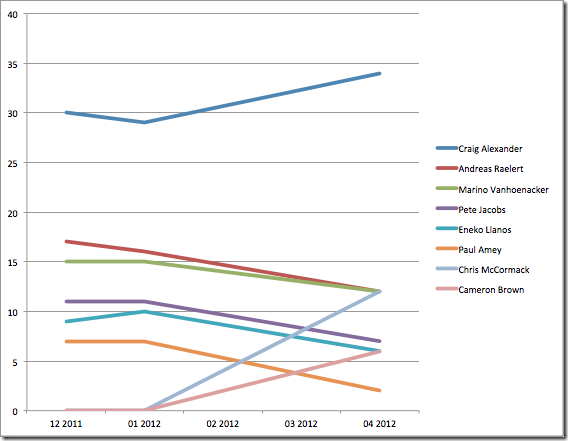 Here’s where the last set of changes are coming from:

The current odds are as follows:

The changes over the season: 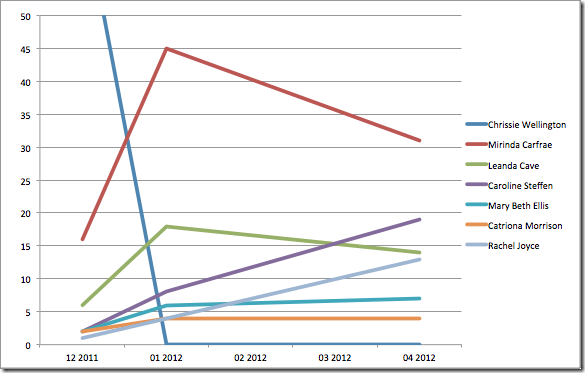 Here’s where the last set of changes are coming from: