The last two years, Rinny’s exceptional marathon has been the deciding factor in Kona, and it was amazing to see her overcome a 14 minute deficit in 2014 with a new run course record of 2:50:26. 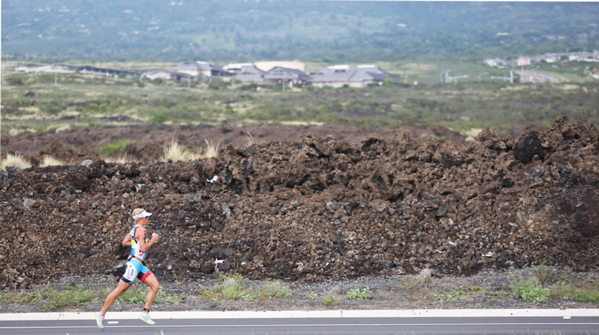 “The big difference this year is the addition of athletes like Angela Naeth, Melissa Hauschildt and Heather Jackson – these three ladies have been racking up 70.3 victories for years and none of them have raced in Kona yet. They are all very strong bikers and it will be interesting to see how their presence influences the race.” In order for her superb run to matter, she has to limit the time lost on the swim and run. With everyone else working to improve their marathon time, anything over 12 minutes in T2 will be hard to make up for her this year. Rinny and her coach Siri Lindley will have to find the right balance of improving her bike without sacrificing her run strength.

After racing a big summer race last year by winning Challenge Roth, Rinny is back to the season plan she is comfortable with: Validate early (she raced Challenge Melbourne in March), then prepare for Kona in Boulder. “For me the whole year revolves around Kona. I take the full year to build up for this one race. Not many changes from other Kona build ups – continuing to be consistent in my training, it has served me well in the past. It’s the small 1% improvements that come along every so often that allow you to continue to improve. It’s always about being a better athlete than you were the year before. I think that’s realistic and would be a dream race for sure.”Having just done a few shorter races makes it hard to determine how her season went, and she herself isn’t too happy with the results: “I haven’t been able to race as well as I would have liked to. Hoping that’s being saved for one fine day in Kona Hawaii on October 10th.”

For more about Kona check out my free “Kona Rating Report” – 150+ pages with tons of information about the Pro race!