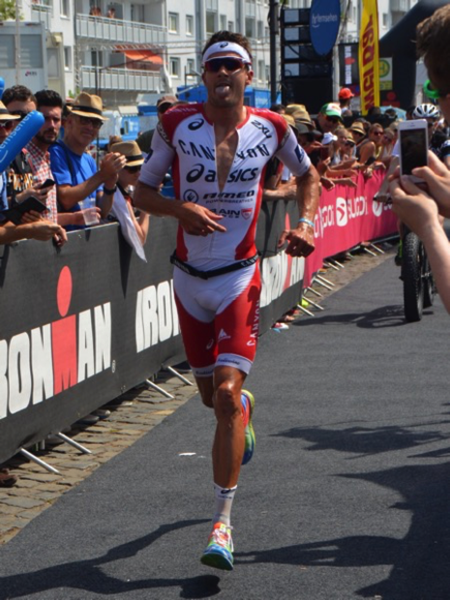 In his 2014 Ironman races, “Frodo” was forced to deal with problems: Three flats in Frankfurt led to a wheel change and lots of lost time, another flat in Kona was quickly fixed but he incurred a penalty when he went back on the course in the middle of a group. But at IM Frankfurt 2015 everything came together for him. He also showed how to beat Sebi: Frodo had the fastest swim and then hammered a new 4:08 bike course record. Sebi was one minute faster than his old bike CR, but he still lost three minutes to Frodo who sealed up the race with a 2:50 marathon, winning by almost 12 minutes.

Frodo continued his domination by winning the 70.3 Championships in Zell am See – again reaching T2 in front of Sebi and building a dominating lead in the first half of the run.

If Frodo is anywhere close to his summer shape, he’ll be hard to beat in Kona with his strength in all three legs and the flexibility that gives him. But there are very few cases of athletes doing well in a summer IM and also in Kona.