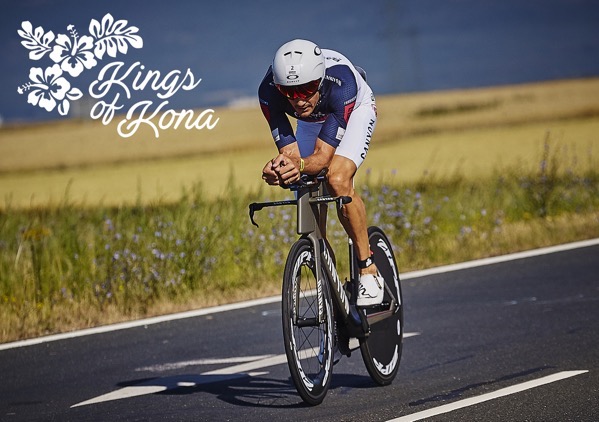 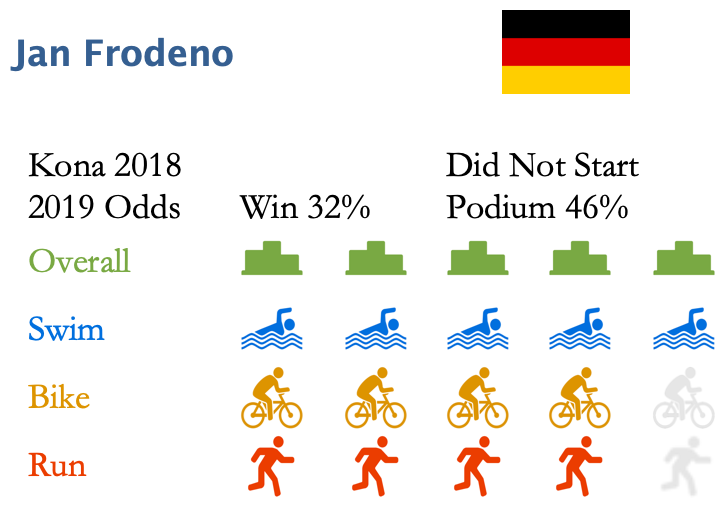 Last year Jan was the overwhelming favorite for the Kona title – until he was forced to withdraw with an overuse injury right after a fantastic win at 70.3 Worlds.

In 2018 it was only an injury that held him back, this season he is also unbeaten. He won a few smaller shorter races in Germany, then also 70.3 Kraichgau in June and 70.3 Gdynia in August. While the competition may not have been super-strong in these races (not really his fault as they usually have a good field), Ironman Frankfurt in late June saw the first duel of the three German Kona winners in an Ironman outside of Hawaii. There were a few critical moments for Jan during the race: He overcooked a corner on the bike and had to take a short off-road detour, losing his nutrition. Then Sebi was able to put the pressure on him by running up to him early in the marathon. But Jan responded like a champion, running the fastest marathon of the day and winning the European Championship for the third time.

He will also be looking for his third Kona title. In his list of great races on the long-distance races, there is only one race he started and wasn’t able to finish at least on the podium: That was Kona 2017 when back issues on the run forced him to walk and jog most of the marathon, finishing 35th. Was that race just a quirk or the blueprint of how to beat him by putting pressure on him for most of the race? Athletes with a swim and/or bike strength will make it hard for him to dominate the race from the front as he did in Frankfurt. They will also try to force him to ride harder than he wants to so he can stay in striking distance for the marathon. But will that be enough to negate his run strength? For most of his wins he was able to “manage the lead” in the second half of the Run – so he may not have been forced to show his true potential on the marathon just yet. Maybe we will find out on October 12th!