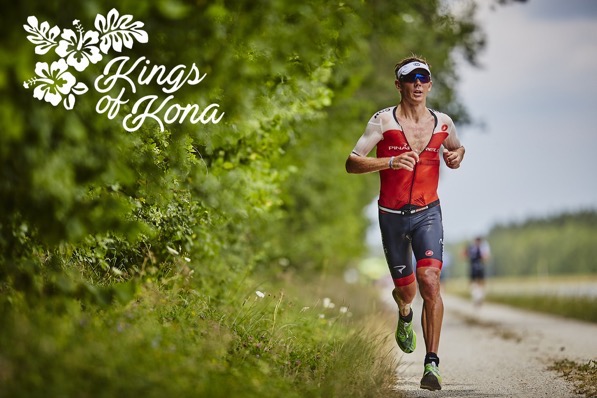 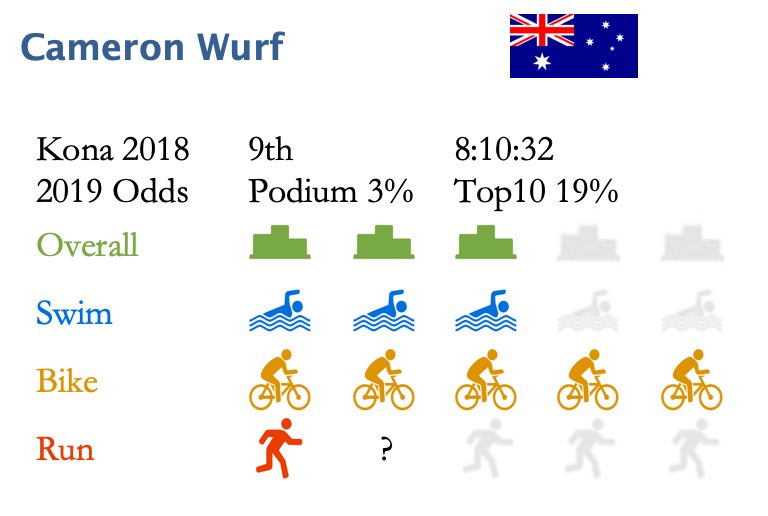 Cameron has made huge gains as a triathlete in 2017 (17th in Kona) and 2018 (9th in Kona) In both races he was the fastest bike rider and T2 leader but fell back on the run. His better placing in 2018 was mainly due to an improved run, but his 3:06 marathon last year was just good enough for a Top 10.

All of these improvements indicate that he’ll be an even bigger Kona player than last year. He was roughly ten minutes behind third place, so a 2:55 marathon would put him into podium territory which would certainly be another nice step forward. But will three weeks be enough to recover from Italy for another great race in Kona?

After Italy, the other contenders can’t be 100% certain to catch him on the run, so Cam will make them work a bit harder on the bike. A better run will also mean that he can hold on to his lead even longer than last year .. and leading in Kona can give you an extra spring in your step. Once again the out-and-back section in the Energy Lab could play an important role in the race: Either the leader gains confidence because his lead is still large – or the chasers will realize that they will be able to close the gap.

With his racing in 2019 and the final strong performance in Italy just three weeks out from Kona, Cam has already achieved one important goal: He’ll be in every male Pros’s head for Kona 2019!