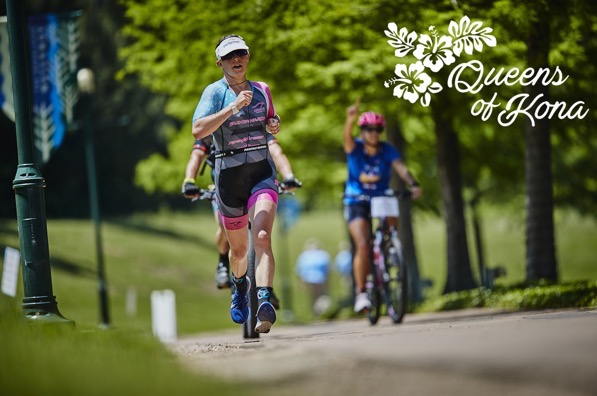 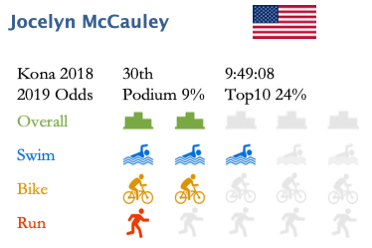 Even though Jocelyn had qualified with a course-record win in New Zealand in March, she decided to race IM Texas just eight weeks later. And what a race it was: Jocelyn helped create one of the closest Ironman races that also included Daniela Ryf.

Jocelyn swam six seconds slower than Daniela, but then refused to let Daniela ride away on the bike. When super-biker Kim Morrison joined them after closing a four-minute swim gap, the lead group of three stayed together for the rest of the bike leg. Jocelyn even was audacious enough to take a turn at the front for the last 15k and was the first to reach T2. This was the first time ever that Daniela was not the T2 leader in one of her Ironman races, and only the second time that Daniela didn’t post the fastest bike split. (The other race was Dani’s very first IM in Zürich 2014 when Iron legend Natascha Badmann was a few minutes quicker on the bike.)

But the fun wasn’t over in T2: Jocelyn quickly took the lead and was able to build a gap of two minutes after 12k. Her lead stayed the same until 25k before Daniela rallied and slowly started to cut down on Jocelyn’s lead. Still, it took her until 36k before she was able to wrestle the lead from Jocelyn. In the end, Daniela won by less than two minutes.

Will we see a repeat of Jocelyn’s plan in Kona? She should be a bit ahead of Daniela after the swim, so let’s see if she’s going to stick to Daniela when she moves ahead. But even if Dani is way stronger on the bike than in Texas and Jocelyn isn’t able to follow her, I expect Jocelyn to race strong on the bike. When she was tenth in Kona 2017, she finished with a 3:16 marathon. This year, both her marathons were under three hours. I’m sure Jocelyn will do her part to make the female Kona 2019 race very interesting!