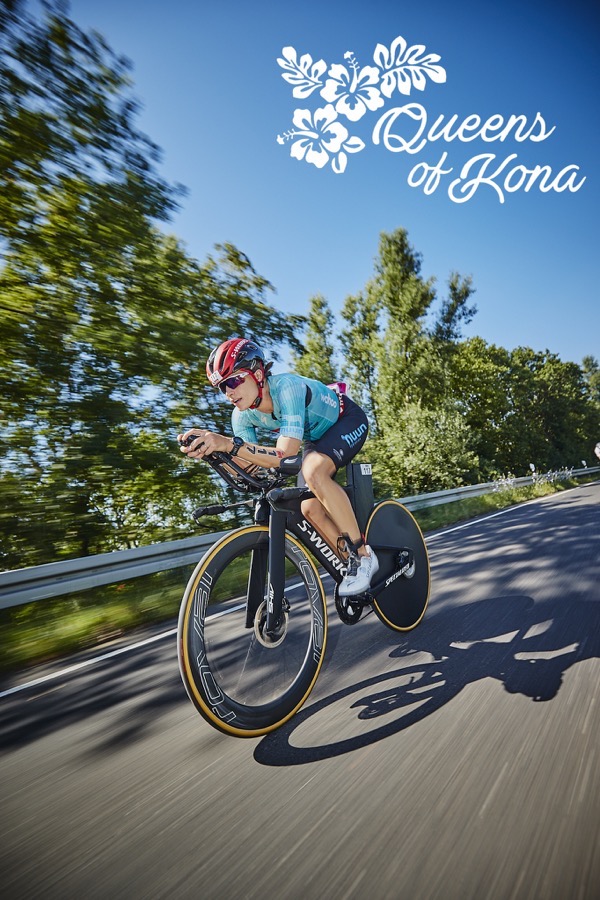 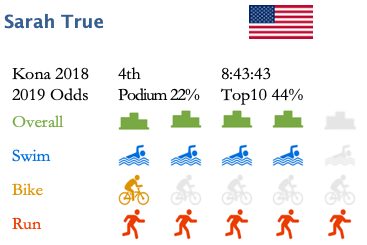 Sarah was fourth at the 2012 Olympic Games in London. After a disappointing DNF at the 2016 Rio Olympic Games she was able to make a great transition to long-distance racing, earning two more fourth places in big races, at 2017 70.3 Worlds in Chattanooga and in Kona 2018.

When she crossed the finish line in Kona 2018, she was clearly struggling and not 100% coherent anymore. She was struggling even more in this year’s Ironman races: She DNF’d on the run at IM Cairns and at IM Frankfurt when her body shut down and she wasn’t able to continue. Finally, in her third Ironman start in as many months, she was able to secure her Kona slot with a second-place finish at IM Mont Tremblant.

As far as I know it’s still a mystery what has created her problems on the run. This makes it very hard to predict what she’ll be able to do in this year’s Kona race and how she’s going to approach the race. The first half of the race will probably see her well-positioned after the swim, last year she was part of a small chase group behind the “super fish” Lucy Charles and Lauren Brandon. In her past Ironman races she’s been using that time to get settled on the bike and to start her attacks in the second half of the bike.

But her main strength in her 2018 Ironman races has been a great marathon, and she hasn’t yet been able to show that in 2019. I will closely follow her Kona race and especially her run, hoping she’ll be able to fight hard for the whole marathon – and then still be able to cross the finish line with a satisfied smile.