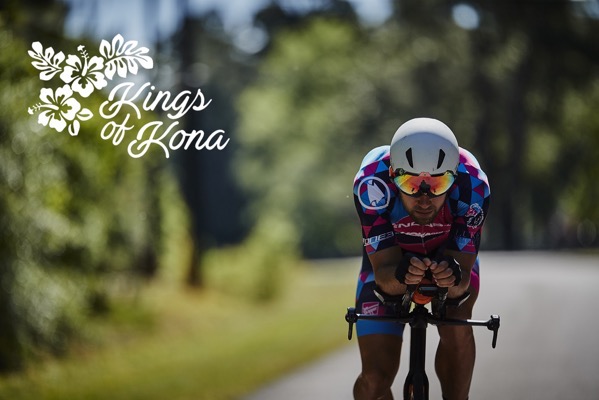 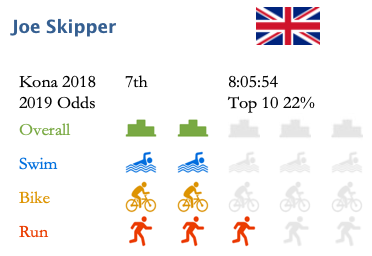 Last year’s seventh place in Kona was a huge step forward in Joe’s racing and probably an even better performance than his sub-8 finish in Roth 2016. As is typical for him he lost some time in the swim and in the first half of the bike. But then he was part of a strong second bike group with Bart Aernouts and Matt Russell that was able to make up time to the race favorites. He also paced well on Ali’i, running an even marathon and moving ahead of athletes struggling in the second half of the run. He’s still looking for a good 2019 result – after a 4th in Texas he had a DNF in Germany (struggling with an injury) and a DQ in Wales when he threw away his tube after fixing a flat.

(Correction: Not sure where I got the idea that Joe was prepping in Texas. Joe himself pointed out to me that he was training on Maui and doing a few sessions with Sebastian Kienle. I’m sure Sebi had some good ideas for racing well in Kona!)