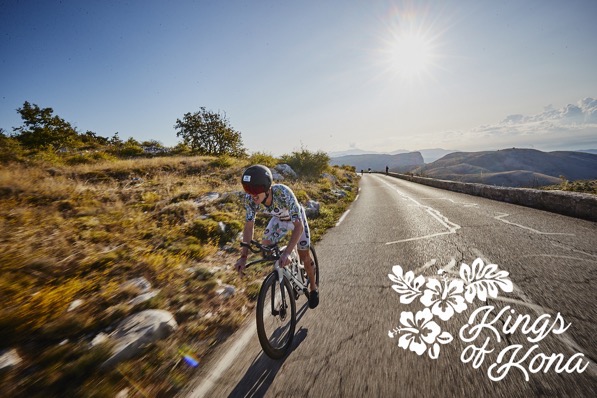 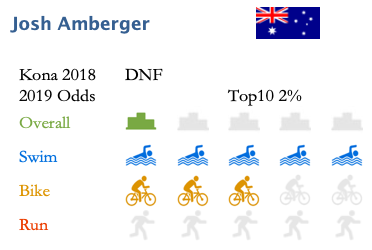 Josh continues to be the best swimmer on the Ironman distance, and he’s likely going to be the T1 leader in Kona for the third year in a row. A lot of the dynamic in the early part of the race will depend on his pace at the start of the swim: Will he swim away from everyone else in the field as in 2017 (maybe even going for a course record this year?), or will he start at a more moderate pace which resulted in a much bigger lead group in 2018? Maybe he will find “a middle ground” that helps to quickly create a small lead group of athletes who are then able to build a nice gap to the chase group. This would be great for the faster swimmers such as Jan Frodeno or Tim O’Donnell but might create problems for the others who then will either have to work harder on their own or lose more time than they would like to.

Once on the bike, Josh has been riding well in Kona and was able to stay with the faster bike riders at least until Hawi. Maybe that was a bit too hard for him, he lost a lot of time in the second half of the bike and also didn’t have a good run: In 2017 he finished 29th after a 3:25 marathon, in 2018 he DNF’d. With his additional experience in long-distance racing and in Kona, he’ll be looking to have a better result this year.

In his 2019 Ironman races he was able to run sub-3 marathons and I’m sure that’s his target for Kona as well. It’ll be interesting to see what pacing strategy he’s going to choose for his 2019 Kona race.