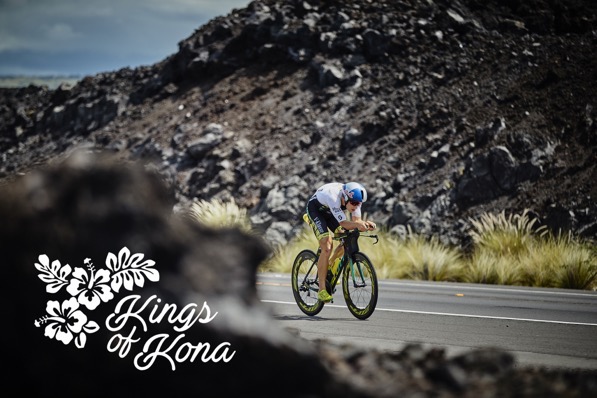 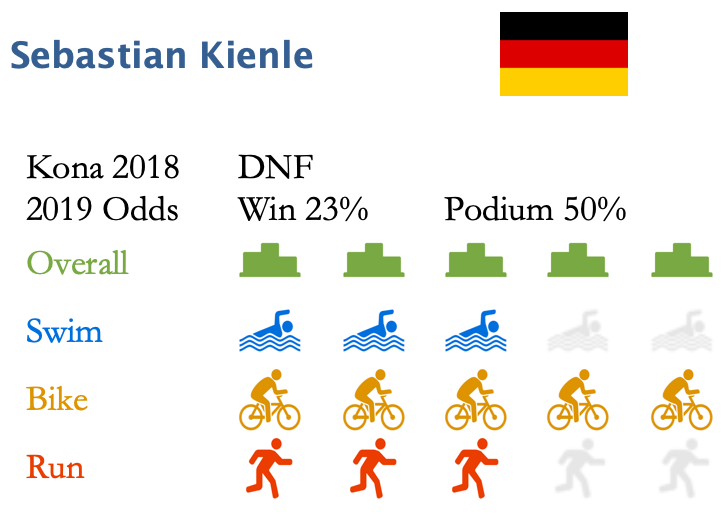 At the end of the 2018 season, Sebastian was at a turning point: When Achilles issues forced him to DNF in Kona he had to accept that his little niggles could no longer be ignored or managed. He switched from his long-term coach Lubos Bilek to Philipp Seipp, not because he was unhappy with Lubos but because he thought that he needed a fresh approach.

When it was announced in February that Sebi would race IM Frankfurt, he still hadn’t been able to get back to running and was very cautious about his chances of doing well in his summer races. It took him until May to start racing again, even if with a small base and with very little speed training. The race itself at 70.3 St. George was a mixed bag – he received a bike penalty probably for the first time in his triathlon career. (Even after watching a video of the bike group it wasn’t readily apparent what he’d done wrong.) But after regrouping he had a strong run and – even more significant – he was pain-free even the morning after the race. Things looked even better in June: At Challenge Samorin he wasn’t able to dominate the rest of the field on the bike as in previous years and started the run well behind. What followed was a half-marathon PR and a run through the field that ended in a Samorin win that he had almost written off at the of the bike.

For Ironman Frankfurt he was also quite cautious as he hadn’t been able to do the work necessary for a good marathon. Even if things didn’t quite go as planned for him when a shard of glass got embedded in his heel at the swim exit, he had a great bike and was able to close the gap to Jan Frodeno to just a few seconds in T2. After a medical removed the piece of glass, Sebi also had a great run. He was able to make up the minute he had lost in T2 and was running side-by-side with Jan for a while. But then Jan had worked through his low and slowly ran away from Sebi. In the end, Jan ran a 2:43 marathon and Sebi a 2:47 – the fastest run splits of the day.

At 70.3 Worlds, Sebi had solid bike after a disappointing swim – followed by a great run that allowed him to salvage a respectable 5th place. Probably a reminder that he needed more work in the pool but also a confidence builder for his new-found, hard-earned run strength.

What does all this mean for his Kona race? On one hand, he won’t feel that he has to “win it” on the bike as he probably did at the start of his career. On the other hand a good swim would help to set him up for a better position in the field and he should be able to join the pointy end of the field much earlier. At the same his run strength also means that he doesn’t have to do anything crazy on the bike. Even the strongest runners such as Frodo or Patrick Lange won’t be able to put more than a few minutes into him in the marathon. When he’s in the lead on the run he’ll be very hard to beat, he was able to win all Ironman races that he was leading on the run.

Will Sebi be able to take the win in Kona 2019? He is certainly on my short list of candidates.