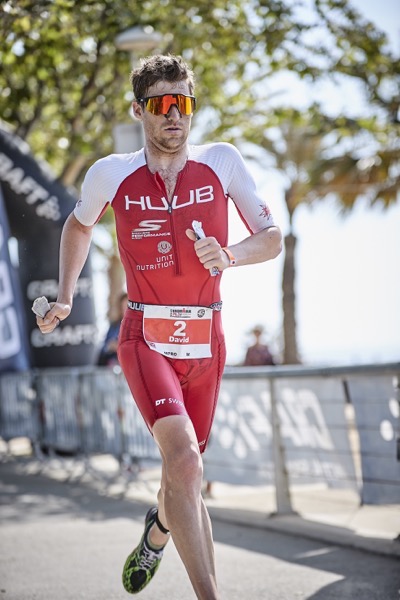 David was a big surprise on the 2017 Kona podium. Similar to Patrick, he was able to limit the time he lost on the bike and then was able to have the second-best marathon of the day – running himself into third place and becoming the first male British athlete on the podium.

David struggled in his 2018 Ironman when he finished IM Austria with a sub-standard 3:30 marathon. But he’s had a couple of good 70.3 that show he’s still able to race (and run!) well. He’s also proven in the past that he races well in the Kona heat – he’s one of the few athletes that have set their marathon PR in Kona. (The only other male Pro racing this year is Patrick Lange.)

With his run strength in Kona, David has an outside chance to repeat on the podium, especially if 2018 Kona becomes another runner’s race.

Photo: David on the run at 70.3 Barcelona where he finished second to Javier Gomez. Credit: James Mitchell