By Thorsten on October 9, 2018 in AthleteFocus, IM Hawaii

Heather has raced Kona three times now, finishing fifth (2015), third (2016) and fourth (2017). Obviously, she’ll be eying another podium finish this year. Her results in 2018 include wins at Wildflower, 70.3 Chattanooga and a dominating win at IM Lake Placid. Even with tough conditions, she was just nine minutes off her own course record.

In her previous Kona races Heather has been able to move through the field on the bike and then secure a good finish with a strong run. Further improvements in the swim would make it easier for her to move into a great position in T2. She’s nominally the best bike rider among the top contenders (of course with the exception of Daniela who is on a completely different level on the bike), but she will also have to deal with other athletes trying to stay with her. With the number of strong runners in the Kona field, she’ll be looking for a gap after the bike, she said that she’s still having nightmares of running the whole marathon with Sarah Crowley in a battle for third place. Heather is one of the few athletes who set their run PR in Kona (3:06 from last year), and for another finish in the Top 3 she probably needs to set a new one this year. 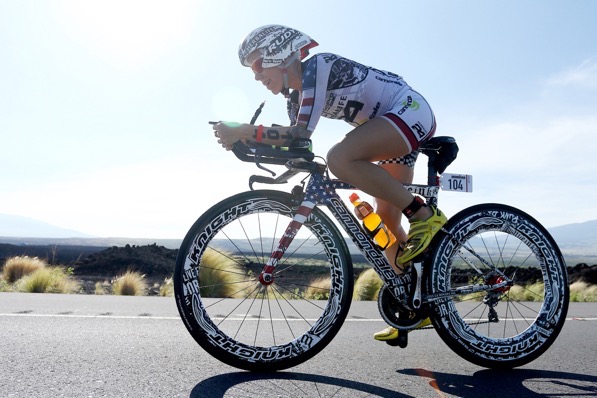 Photo: Heather on the way to her third place finish in Kona 2016. Credit: Jay Prasuhn