By Thorsten on October 3, 2018 in AthleteFocus, IM Hawaii

Javier has had a lot of success on the shorter distances: With multiple ITU World Championships and an Olympic Silver Medal, he is one of the most decorated triathletes. He has started to dabble on the 70.3 distance for the last years and has also been very successful, including two 70.3 World titles. With the Olympics moving to the sprint distance, he has decided to finally step up to Ironman racing. Everyone will be watching the 35-year old Kona rookie, evoking a comparison to Jan Frodeno who finished third in his first Kona race. (Jan was almost the same age when he raced his first Kona in 2015, finishing third.) 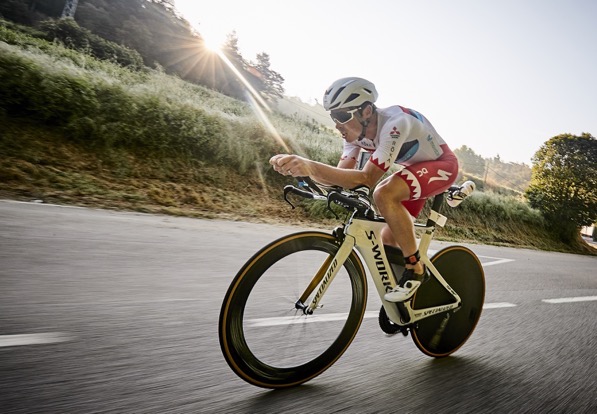 Photo: Javier on the bike at 70.3 Barcelona. Credit: James Mitchell

Javi’s first Ironman was a sub-8, second-place finish at the Asia/Pacific Championships in Cairns. He was racing conservatively, swimming with the front group (as expected) and then stayed with the group for the bike leg. After that he ran most of the marathon with Braden Currie, posting a 2:41 and finishing second. He was following a similar race plan for the 70.3 Championships: Swim well, save energy on the bike and then post a fast run. He had some issues on the half marathon in Port Elizabeth, and while a third place wasn’t what he was hoping for, it’s still a solid result against competition such as Jan Frodeno and Alistair Brownlee. Javier should be able to swim with the front group in Kona, but it’s unlikely that he’s going to change the dynamics of the race on the bike. It’s hard to predict his bike capabilities after just one Ironman race, but it’s quite likely that Kona 2018 is going to be the hardest 180k bike leg he has ever done. If he manages to execute that well and then still have a good run, he’ll be in the mix on the marathon for a podium finish.