Kona slots at end of August

Last weekend, the final Professional Kona slots were decided and 10 slots for the men and 7 slots for the women were awarded. This post has a closer look at the changes in the KPR standings between the end of July and the end of August and what was required to become an August qualifier.

Athletes close to the cutoff

The first set of tables shows the men and women who

Here’s a look at the men’s table: 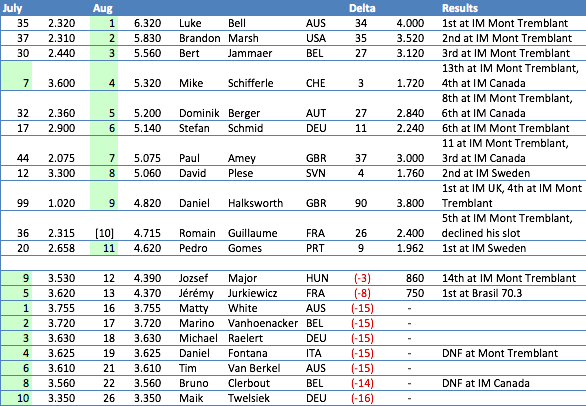 And here’s the same data for the women: 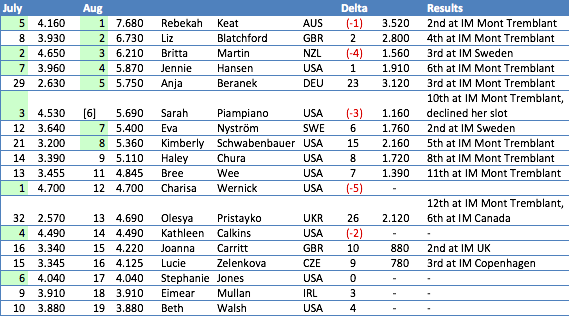 It obvious that “big result racing” was required to qualify:

I guess the data highlights a few points:

Note: An earlier version of this post was written before Sarah Piampiano declined her slot. The women’s tables have been updated to reflect this.