In 2012 I did a series of posts on the winning odds for Kona and how they change over the year. I’d like to continue that for 2013. Here is the first post of that series.

After all the 2012 racing is over, here are the chances for winning Kona 2013 for the men:

The graph on the right shows the changes that occurred since early October 2012 (including Kona): 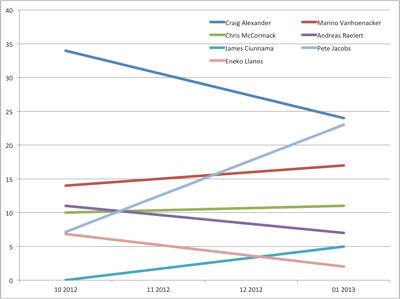 Here are a few of the events that lead to the changes: 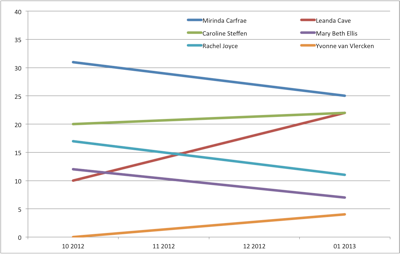