With Rebekah “Bek” Keat, the 2011 Cairns champion returns to the 2016 race. With her 8:39:24 from Roth 2009 Bek is the fourth-fastest woman over the Ironman distance. After a triathlon career spanning 20 years with a number of great results and at 38 years of age, she is clearly in the second half of her career. She was kind enough to answer a few questions about her years in the sport and the upcoming race.

Bek’s last Ironman finish was Melbourne 2014 where she finished fourth. After that she didn’t chase Kona qualifying (even though she was probably thinking about it!) and focused on racing 70.3s.

“I have been in the sport since 1996 so 20 years, it’s a long time! I had been pretty lucky with no injuries, until a few years ago when I started racing longer races and doing more of the Iron distances. When I was coached by Brett Sutton I was racing five Ironmans or long distance races in short periods of three or four months. The years have caught up with me, and my body wasn’t holding up like it use to. I wanted to give my body a break, I wasn’t able to get huge run miles in without getting injured. The break has helped me to get back to being injury free and healthy, apart form the usual stiffness and soreness – I’m no spring chicken anymore!

“The goal this season is to execute a great race and be able to celebrate all my hard work with a race that I know I am capable of. I have not raced to my potential in an Ironman since my second place at IM Mt Tremblant in 2013! All I want to do is have a strong swim, bike and run and have fun doing it!!”

For a long time Bek was part of the “Sutto squad”, today she trains under Siri Lindley in Boulder. In addition to a coach-athlete relationship (by now going both ways!), Bek and Siri are also married. I’ve asked Bek how being married to your coach works and how she has changed as an athlete and as a person. 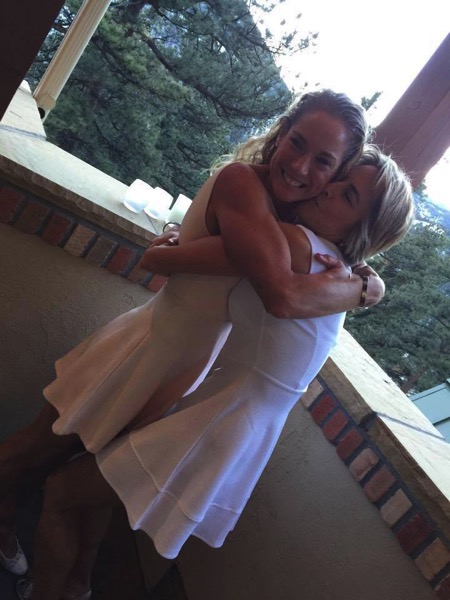 “The Bek who did 8:39 had a perfect day, today’s Bek is actually faster, stronger and fitter. I know I have much more to give – that’s what motivates me! As I am training better than ever, I know I can go faster than that 8:39, but unfortunately the body hasn’t always been able to produce the results that I know I am capable of!

“As a person I have grown a lot, both emotionally and spiritually. I am very lucky to have met Siri, the love of my life. I am not just content but I am the happiest I have ever been in my life – Siri completes me. I told her when I married her that if me being a triathlete was going to affect our relationship I would quit immediately! That’s how much I am committed and how in love I am with her! Triathlon was the pure love and focus of my life but now Siri is. Even after a bad day I know I can come home to someone that loves me for who I am!”

Photo: Bek and Siri getting married. 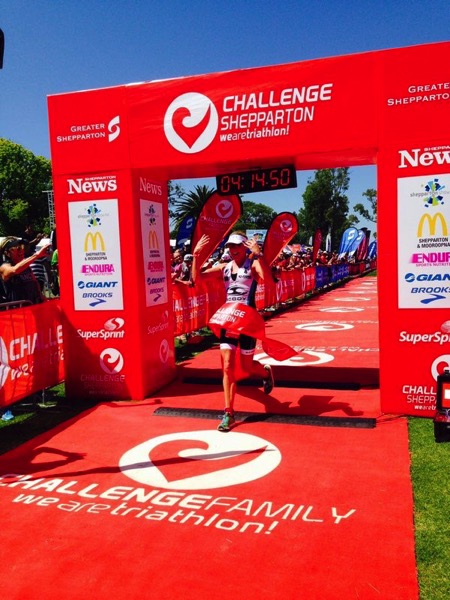 “Siri and I have had to negotiate in the past, it wasn’t easy adapting as her partner to having to agree with every single session she gave me! Before I won 2015 Shepparton for the fifth time in a world class field, I had promised Siri I would do exactly as she said – no questions, no negotiating! I had the ‘ ideal race’ apart from tearing my calf at 10 k to go. Siri screamed at me don’t you stop – so I didn’t! I really don’t know how I held off Radka and Yvonne, but I won the race in record time and it felt amazing!

“Since then I am very diligent with trying to do exactly what she says, though at times I want to scream at her or flip her the bird! I certainly had to bite my tongue a lot in front of our team mates when i get angry at a session she has given us – like a “surprise 2km time trial” in the middle of a 5km swim set!

“We have a great balance now. I am writing her run program and she has to do exactly what I write! She is not as good at doing the program as she thinks, she often runs further than I have given her. Obviously she’s not then runner she was when she was wining world cups with 33 min for 10k, but she is going great. She still makes me very proud!”

Racing at Texas and Going Into Cairns 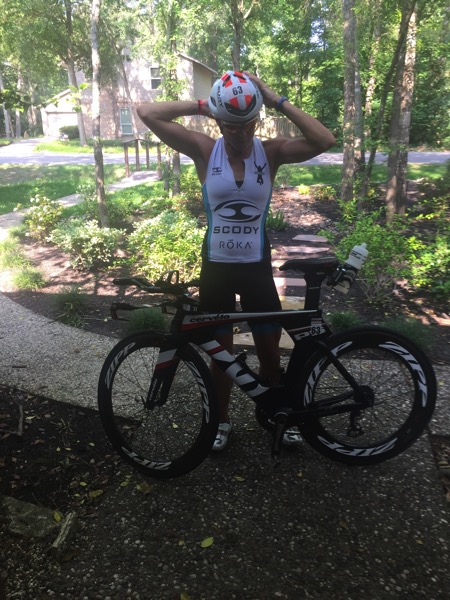 Bek lined up at IM Texas and things were going well: She had a strong bike leg and came into T2 in third place, then even moved into second on the run. However she collapsed at the half marathon mark and DNF’d. Just four weeks later she’s backing up by racing IM Cairns.

“It was scary – it’s not the first time this has happened. The last time it was heat exhaustion, this time we think it was a combination of heat exhaustion and lack of calories. The “real” temperature was 110 and 80% humidity, coming from Boulder I was not acclimatized. I got excited when I moved into top 3 only a few minutes behind first and threw my food to Siri to take off in the run. At around the 22km mark I collapsed, my legs went and I couldn’t get back up. I made silly mistakes with not fueling enough and certainly learned my lesson!

“In Australia I am staying with my twin sister Simone and helping her with her amazing twin girls. I am so chuffed and over the moon to be an auntie, it’s amazing and so surreal! We are very very proud! Although Boulder right now is almost as warm, it’s been great to get in some warmer weather training.” 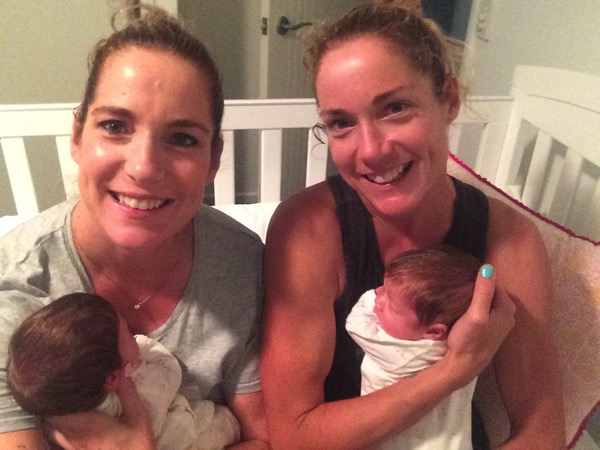 “I am fired up for Bek. I know she is excited to race in her home country, and has so much to inspire and motivate her throughout the race. We had our sights set on IM Texas. Unfortunately, in Texas Bek had miscalculated her hydration/nutrition requirements considering the 100% humidity. She will never make that same mistake again.

“Bek was in winning form and still carries that same form into Cairns.  She absolutely has everything she needs to race to the top of the podium in Cairns. The work has been done. She just plans to go out there and celebrate all the hard work she has done. Our goal is for her to get out and race to the best of her ability every step of the way. If she is able to do this, I’m certain she will have a tremendous day. She is in fantastic form and just needs to nail her plan to get the very most out of herself on the day!”

(All Photos Supplied by Rebekah)