In January 2015 Ironman announced enhanced race coverage of major races, including GPS tracking devices feeding into a new athlete tracking platform (see my post looking at the details). This post looks at the progress Ironman has made during last year and where things are for this season.

GPS tracking was off to a slow start. At the Regional Championships Pros were given a tracker that they had to carry on the bike and run. The following photo shows the tracker on the left compared to an iPhone 5 (the photo doesn’t show that the tracker is about three times as thick as an iPhone): 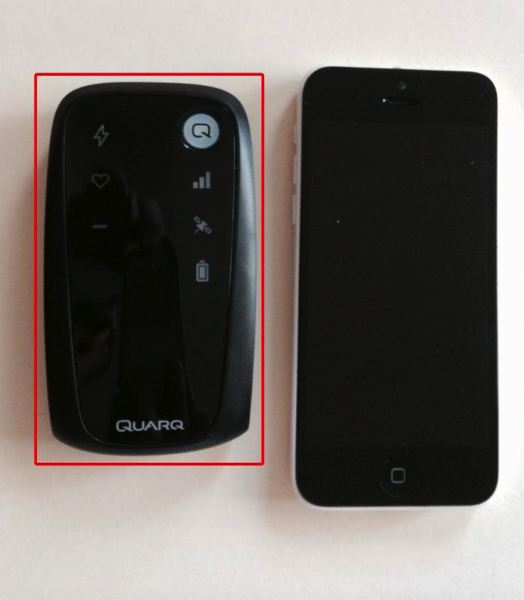 The Pros had to carry the devices, but for the first Regionals the information was not made publicly available. If you knew where to look, you could see “dots on a map” on a “semi-secret” site by Quarq, the manufacturer of the devices.

Towards the second half of the season (as far as I know starting with IM Frankfurt but also for 70.3 Championships and Kona) the information was integrated into the Ironman website and there was a GPS Leaderboard with constantly updating information showing the time differences between athletes. The old “Athlete Tracker” was replaced by a modernized version with a slicker look and predictions that often were comically wrong. For agegroup athletes the information was still based on the splits from the timing mats.

I was expecting to a see an updated version of the GPS tracking for this season, both in terms of the tracking device (smaller, lighter) and also in the functionality offered to the public. But the first Regional Championships at IM South Africa did not include any GPS information at all, neither publicly not privately.

I reached out to Ironman with some detailed questions but only received a short answer that “there was an issue for the IRONMAN African Championships” and that they are “working to have GPS tracking at the remaining Championship races”.

The North American Championships at IM Texas did in fact provide GPS tracking. A new, smaller device was used: 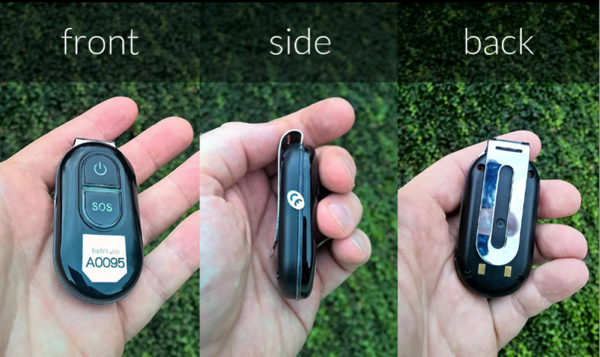 Apparently these are provided not by Quarq (who continue to offer their race tracking services, for example at Rev3 races as announced in this press release) but by Beacon Athlete Tracking. (I have contacted Beacon Athlete Tracking and they confirmed to be working with Ironman this season to provide GPS tracking but haven’t provided additional information.) Similar to the start of last season, there was a “semi-secret” website for IM Texas with dots on a map but no GPS leaderboard, and no information was available on the Ironman website. Also, the old and much-ridiculed Athlete Tracker was used to show leaderboards and splits for all racers. As has often happened in the past, the tracker had issues and the first two hours of the race no information or splits were available.

One can only assume that Ironman and Quarq had reasons not to continue their relationship, however it is extremely unfortunate that the biggest fans of Ironman racing – those watching the race on site and those trying to follow online –  have to suffer the consequences. So far triathletes following the Regional Championships had to rely on spotter updates from the course and the spotty tracker – very infrequent split information that is not easily available. I can only assume that this also makes the job of the two commenters of the live show, Greg Welch and Michael Lovato, that much harder. Basically things are back to were they were at the start of 2015 and all the progress made during last year has been lost.

While Ironman has stated that they remain committed to providing GPS Tracking for the Pros and their intention to extend that to agegroupers as well, it is hard to discern that from their actions. I hope that they can make quick progress in the next few weeks and at least get us back to the status we had last summer with a working GPS leaderboard and an updated Athlete Tracker for Ironman Frankfurt.

Too often, Ironman efforts have been half-hearted and ultimately disappointing.

Concerning GPS tracking, I sincerely hope that Ironman’s actions will prove me wrong.