I didn’t know too much about Susie when she was one of the first women to secure a 2015 Kona spot. Since then I’ve had the chance to chat with her and write a longer profile on her on TriRating (“Introducing Susie Cheetham“). 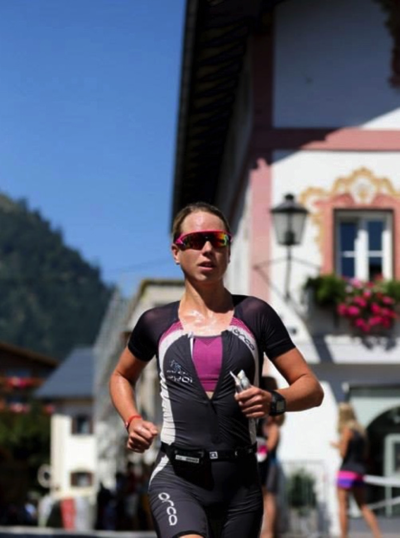 Susie has been racing shorter distances (mainly 70.3s) until she decided to race an Ironman at the end of 2014. She had a spectacular first IM: “Going into the race with no preconceptions meant there wasn’t too much that surprised me. Thankfully it didn’t hurt as much as I thought. If anything, the whole race flew by and I hadn’t expected that.” She finished in third place with a quick time of 9:03, one of the fastest debuts by a British woman. She then decided to race IM South Africa for a chance to secure a Kona spot. She came off the bike in sixth place and then had a great run. “When I heard that my friend Lucy Gossage was in second, I was in fourth. I thought ‘Lucy can’t get on the podium and not me.’ And then I was running and she saw that I was gaining on her and then she ran harder. I think we both ran each other onto the podium.” Her third place finish gave her enough points for a safe Kona slot and she was able to focus on October. Even with the training for Kona, Susie continued to race well in 70.3s, winning 70.3 Dublin and finishing second in Staffordshire and Norway. Her personal highlight of the season has been the 70.3 Championships in Zell am See: “I certainly didn’t think a 7th place was possible when I started the year. To also get a decent result after a debatable 5 min penalty for ‘dangerously cutting in’ on someone, has given me confidence in my current form and confidence that I can compete at that top level.” 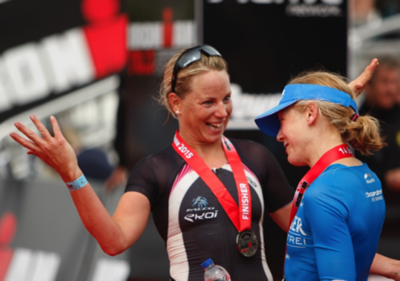 She feels that she was able to improve in her Kona build: “I’ve had the opportunity to build up to this one as a full time athlete. In my last two Ironman races I’ve been balancing training alongside work demands. This has been a huge advantage, I am definitely fitter and in better shape as a result of focusing 100% on training and recovering.” Physically and mentally she seems to be ready for Kona: “As with any Ironman there are so many limiters, that’s what attracts people to the sport. Kona adds in a few more limiters with the heat, the strongest competition of the year, an (apparently) long swim which challenges even the best and most experienced of athletes. I’ve tried to prepare for those factors as much as possible by training in the heat and mentally preparing different factors.”

With her slower swim, she’s used to be a bit behind on the swim and keep focused on the bike: “Mentally it’s a tough race. I think a lot of people get psyched out in a race where there are 20 girls ahead of them but they’ve spent the rest of the year pushing the pace at the front of the race. You need to be prepared for all eventualities and not convince yourself early in the race that it’s not your day!” Her best leg will definitely be the run and she’d love to continue to improve in order to run sub-3 in Kona. With that kind of run speed, a lot is possible for Susie, maybe even a Top 10. But Susie doesn’t get carried away by any specific place: “There are so many factors on the day that will impact on others performances as well as your own that make the outcome too difficult to predict…especially as a Kona rookie!”