A Look Back on Kona Pro Qualifying 2019

This post has a look at the Professional Kona Qualifiers for the 2019 season, the performances needed to qualify and how strong the fields were.

The first races with 2019 Kona slots were Ironman Wales and Ironman Wisconsin (WPRO-only) on September 9th, 2018, the last ones were IM Mont Tremblant and the “twins” at IM Sweden (MPRO) and IM Copenhagen (WPRO) on the weekend of August 17th and 18th, 2019. The post looks at the performances of the qualifiers, as you can’t really compare the performance at these races with those with a significantly shortened course, IM Chattanooga, IM Taiwan, IM Louisville, IM Mar del Plata, IM France and IM Ireland are not included. (IM South Africa was shortened as well, but even if the data is a bit shaky I was able to include the data in the graphs below.)

There is a lot of data in these graphs (click on them for hi-res versions), I’m highlighting just a few of the stories that you can spot in them. 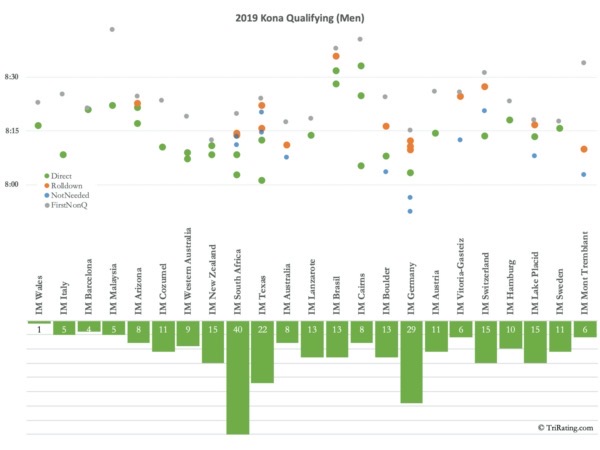 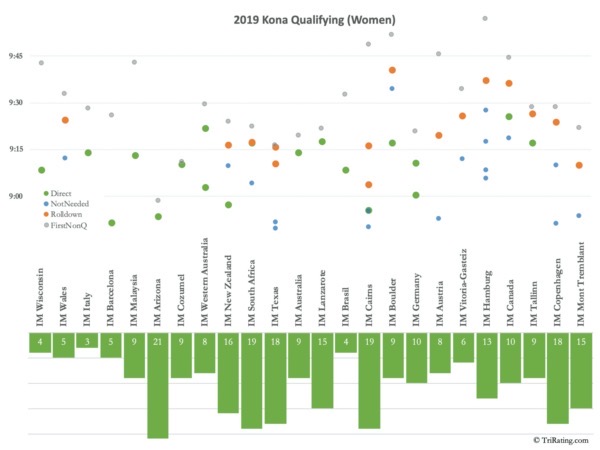