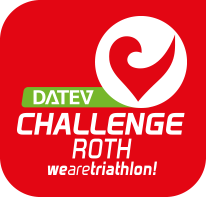 All photos are provided by James Mitchell-ActivImage. Please respect his copyright and contact him if you want to reuse them.

Weather reports in the days before the race sounded as if there could be perfect conditions, moderate temperatures and no wind. Race day turned out to be sunny and not too hot, but later in the day there was a good amount of wind from pretty unusual directions, creating tough days for the agegroupers. Most of the Pros had already completed the bike before the wind, and the bike times were quick (adjustment of 14:08) but not quite as fast as in previous years (last year was roughly two minutes quicker). The new run course saw the return of a one loop course that included long sections of crushed gravel along the canal. It was roughly three minutes quicker than in the last few years. Overall, the adjustment of 19:04 was back to the level of the 2015&16 races, while last year’s race was about 4 1/2 minutes slower.

With the great field this year there were a number of new course records set: Lucy Charles posted a new swim course record (46:48), she improved the old record set by Ute Mückel in 2005 (47:27), she was also the fastest swimmer overall. Then Cameron Wurf posted a new bike course record, his 4:05:37 was 2 1/2 minutes faster than the 4:08 Jan Frodeno biked when he set the world best in 2016. Sebi Kienle was also under the old record.

Daniela Sämmler’s winning time of 8:43:42 was a new fastest time by a German female, improving on the IM Austria 2008 finish by Sandra Wallenhorst.

Before the race, there were a lot of eyes on Sebastian Kienle. Especially in Germany, the Kona 2015 winner is a crowd favorite and he was working hard on many appearances to meet his many fans. Even with all that stress in the days leading up to the race, he performed well when it mattered. When no one was pushing the pace in the swim, he was able to stay with the lead group. Once on the bike, he was one of the few following Cam Wurf on his bike course ride. More and more athletes dropped away,  and at the start of the second loop he was the only one with Cam. By T2 he was just two minutes behind Cam but more than four minutes ahead of Andi Dreitz in third and around fifteen minutes ahead of the strong runners James Cunnama and Joe Skipper. Sebi took the lead just 4k into the run and ran very well until the end, building a lead of six minutes to take the win at Challenge Roth and complete his “personal Grand Slam” of winning Kona, 70.3 Champs, Ironman Frankfurt and now Challenge Roth.

Second place went to Andreas Dreitz who lives just 50k away from Roth in what was only his second Ironman-distance race. Andi was also able to swim with the front group, but then he had an issue with his bike bottle that made him lose contact with the front group. After the race he said this might have been a good thing as he was then able to ride his own pace, continually losing more time to the front group that was getting smaller and smaller, and by T2 he was six minutes behind Cam and four minutes behind Sebi but in third place. He also ran well in the marathon, passing Cam and taking extra care to properly hydrate by walking the aid station. With a 2:50 marathon he was able to hold off the stronger runners behind him and took second place across the line.

There was a close for third place between Cameron Wurf (fastest bike split, eventually finishing fifth), Joe Skipper (fastest run split in fourth place) and Jesse Thomas who had more even splits than the other two and ended up in third. Jesse also swam in the front group and then was the only one riding with Cam and Sebi for the first loop of the bike. He had to take things a bit easier for the second loop, losing 13 minutes to Cam in the second 90k of the bike. But he had controlled his effort well, posting the second fastest marathon of the day.

Daniela Sämmler had come up with a strategy that would give her a chance against the super-swimmer Lucy Charles. Lucy was able to build a gap of eight minutes to Dani and even more to the other contenders.Once on the bike, Daniela kept Lucy’s lead in check and on the second loop slowly started to reduce the gap. She posted the fastest bike split and started the run just four minutes behind Lucy. Both were expected to run a similar marathon split, but Daniela continued to eat into Lucy’s lead and was able to take the lead at the final turnaround in Büchenbach. But Lucy never gave up and Dani was running the last 7k just a few seconds in front of Lucy. After the final meters in the finish stadium, both collapsed after the finish line, and Dani had won by a mere 9 seconds over Lucy – one of the closest finishes in a female long-distance race.

Third place went to Kaisa Sali. Kaisa didn’t quite have the swim she was looking for, starting the bike nearly ten minutes behind Lucy. She was riding for some time with Laura Siddall and Yvonne Van Vlerken and then put in a surge to maybe close the gap to Daniela. The gap came down to 1:30 but then Kaisa lost steam and fell back to the others. Kaisa started the run in fourth place just behind Yvonne, but quickly left her behind and started to work on reducing the gap to the front. Kaisa was the quickest runner in the female field, reducing the gap to just over two minutes by 30k. But then she had some intestinal issues and crossed the line in third place, three minutes behind Daniela.