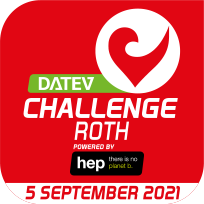 The changes in the course makes comparing the results to other years and venues tricky. Because of construction work, the bike was shortened to roughly 170k – compared to other years the bike course was about 20 minutes quicker (which would correspond to maybe 15k). With all this uncertainty I’ll refrain from doing any comparisons of bike splits and “what would have been” – other than saying that the times would have been quick even with the regular bike course. The swim and run courses were unchanged to previous years. If anything, the run course was slightly slower this year, possibly because athletes raced the bike so much harder.

Some of the run splits we’ve seen this year were nothing short of amazing: Both winners posted super-fast marathons. Patrick Lange’s 2:38:20 was amazing to see, especially since he wasn’t pushed towards the end of the race. This was even eclipsed by third place finisher Felix Hentschel’s 2:35:40, a time that was even faster than the long-standing course record of 2:36:49 by Luc Van Lierde from 1997. Female winner Annie Haug also was faster than the female run course record: Her completely solo 2:43:50 was even faster than Chrissie Wellington’s 2:44:35 from 2011. Even if the shortened bike precludes these times from being recognized as “official” course records, they are amazing performances for sure!