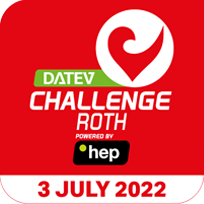 The weathering Germany was quite warm, leading to a non-wetsuit swim (for the Pros), making the start of the day two to three minutes slower. There were different reports from the bike course about how much wind there was in the second loop, but it was still fast conditions, maybe a few minutes quicker than what is typical for the bike course in Roth. The slower swim and a slightly faster pretty much cancel each other out. Then the heat got to a lot of the Pros, and overall this year’s race was maybe five minutes slower than what we’ve seen in Roth before.

Magnus Ditlev posted a new bike course record, his 4:01:56 was almost four minutes quicker than Cam Wurf’s split from 2018. Magnus missed Jan Frodeno’s overall course record by just 9 seconds. Second place finisher Patrick Lange posted a new run course record, he improved on Lucy Van Lierde’s time from 1997 (though the changes in the run course make it hard to compare these two times). After the slower swim, Anne Haug was never quite in “record territory”, but she posted two second-fastest times (on the bike and the run) and overall for Roth the fourth-fastest time ever.