(Updated July 11th with DNFs and a discussion of the Race Conditions.)

The prevailing impression from Roth seems to be that the race was slower in past years, and that especially the new run course was harder than the old one, leading to slower times. However, this perception is not backed up by my data analysis, the adjustment for this year was about five minutes slower than last year, but all three legs were just a little bit slower.

In addition we have seen a number of fast times:

Therefore I don’t think that the new run course will slow down the future times, it’ll be interesting to see the times when there are more realistic expectations and a different race dynamic leads to the fast racers pushing each other.

Bart Aernouts had another great race after IM Lanzarote and won the race on the back of the fastest marathon of the day: 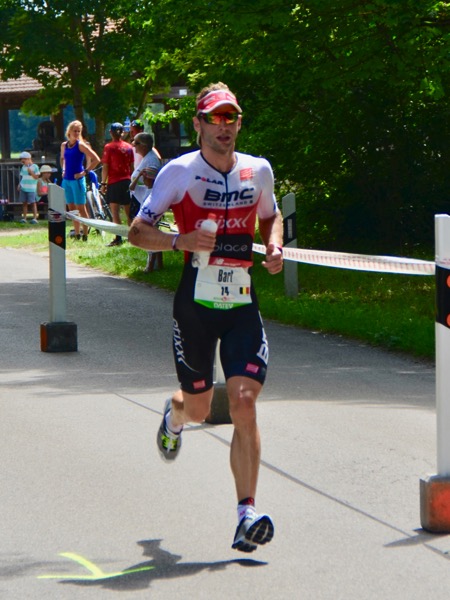 Second place – as last year – went to Joe Skipper. He once again ran through the field but couldn’t quite match Bart’s pace: 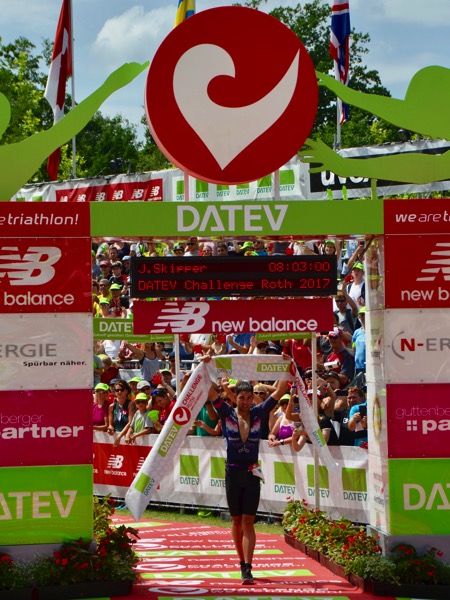 Maurice Clavel was showing a courageous first long-distance race. After Nils Frommhold had to end his race after a crash on the bike course, he found himself in the lead, which he was able to hold until the later parts of the marathon. Still, he was happy with his third place finish and celebrated on the finish line: 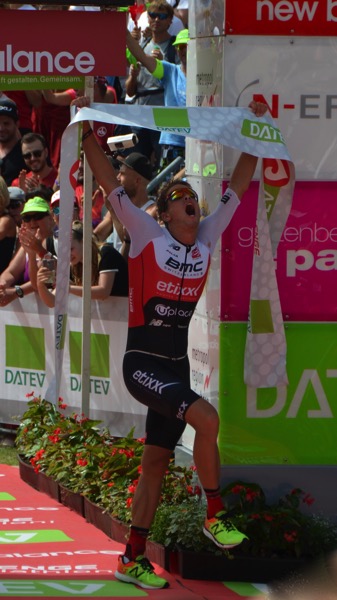 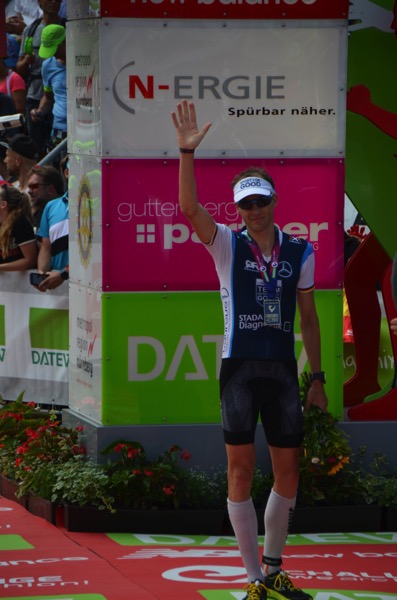 It was clear that Daniela would be next to impossible to beat unless her injury had left her severely unfit. She worked hard for a good time posting the fastest swim and bike split, but said she struggled a bit in the second half of the marathon. She still won with a fast time of 8:40 and with more than ten minutes to spare: 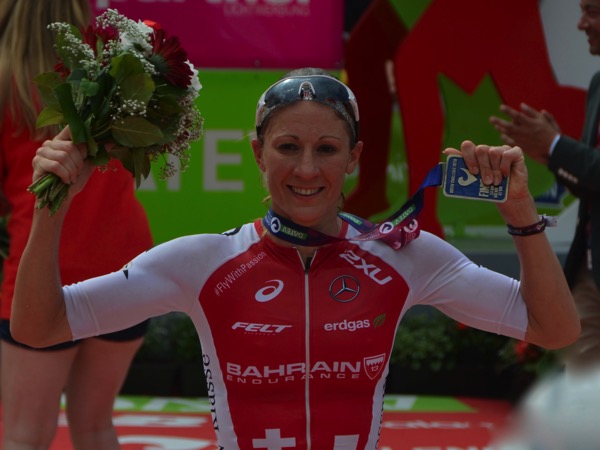 Laura Siddall improved on her fourth place finish from last year, but continued her string of second place finishes: 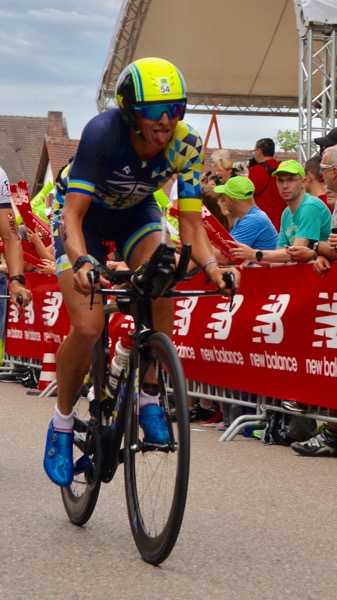 Third place was the surprise of the day: Lisa Roberts was a late entry and flew under the radar for the swim and bike, but she ended up with the only sub-3 marathon of the day, the fastest by nine minutes: 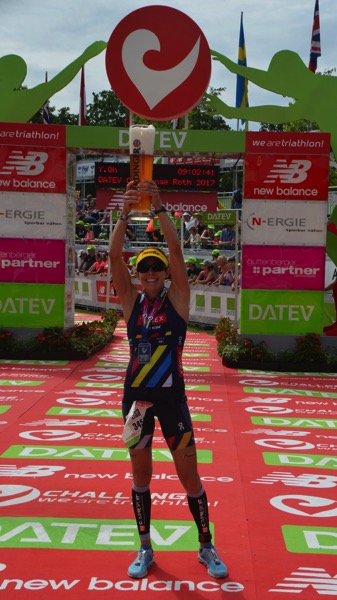