Today all the Challenge Roth starters checked in their bikes in the first transition zone. All day it was hot and sunny – tomorrows conditions are expected to be similar, maybe with a chance for thunderstorm in the afternoon.

Bib Number 1 was one of the first athletes to check in. Timo Bracht will be racing his final Challenge Roth on Sunday, but it won’t be a farewell tour. “I don’t want to high-five people other than on the finish line” he said. 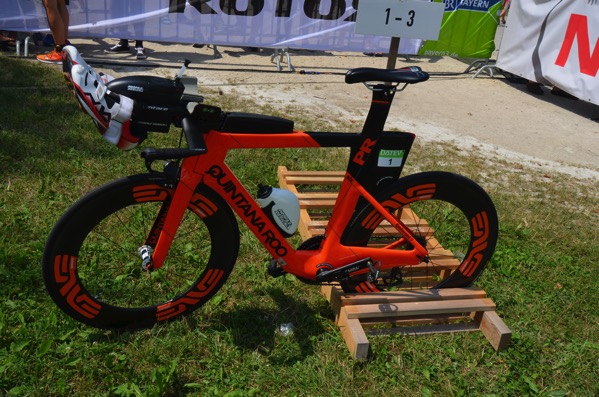 The slight favorite appears to be Bib #3, Nils Frommhold. He won Challenge Roth 2015 and this season was already second at IM South Africa: 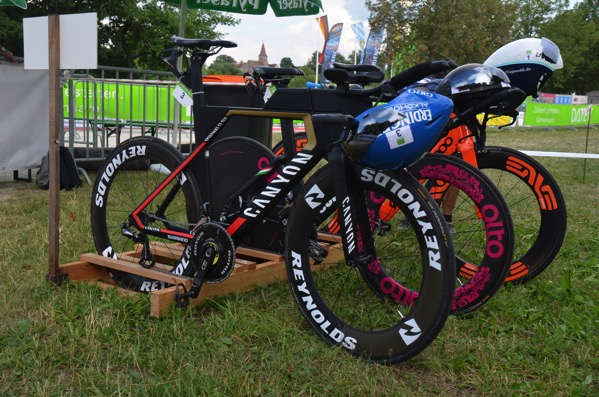 Terence Boyzone is #5, he has been nursing a slight running injury and was hoping for a flat run – only to find out the new run course has quite a few ups and downs. He’s still optimistic for a good race tomorrow: 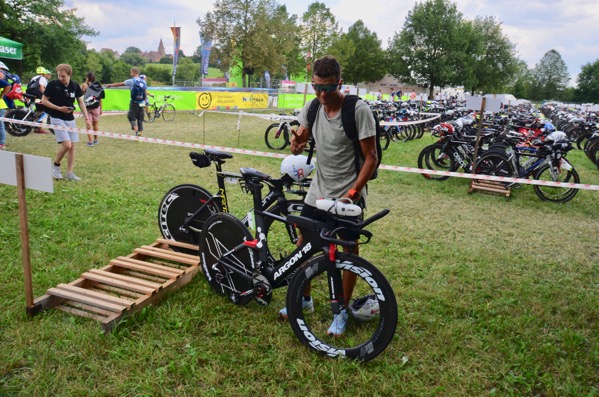 Bart Aernouts is a bit further behind on the startlist – he races with bib #14. He’s happy to have his bike with him, it was lost for two days before finally showing up in Roth on late Thursday evening: 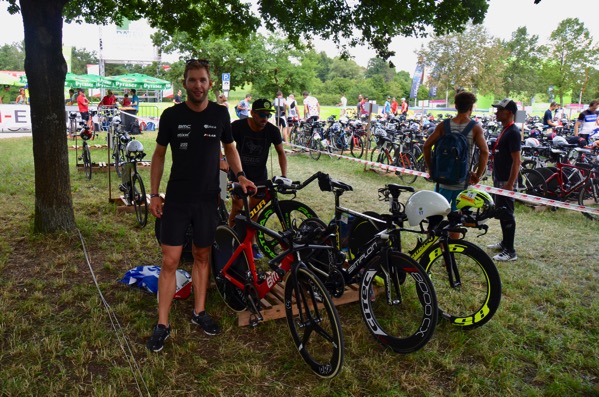 Daniela Ryf (Bib 51) is the clear favorite on the female side, but she has also carried an injury that impacted her Roth prep. Even if she can’t chase Chrissie’s record, she should still be able to win comfortably: 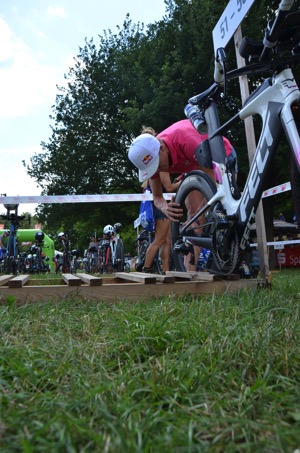 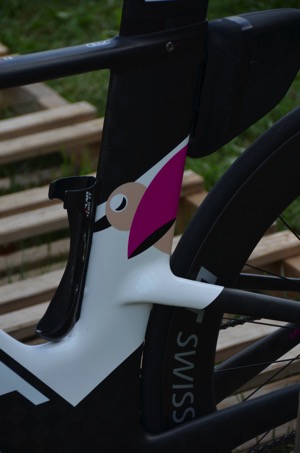 Heather Wurtele is racing with bib #52, her Cervelo P5X received some extra attention to properly fit in the bike racks: 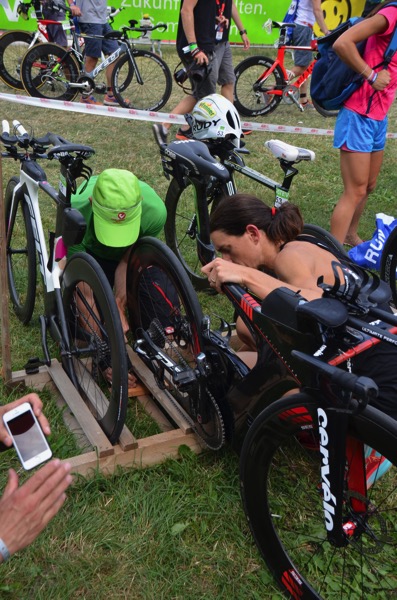 Yvonne Van Vlerken (bib #53) is a crowd favorite, this year she’s not quite sure what she can do having crashed three weeks before in Challenge Heilbronn and is still sporting bandages on both her elbows: 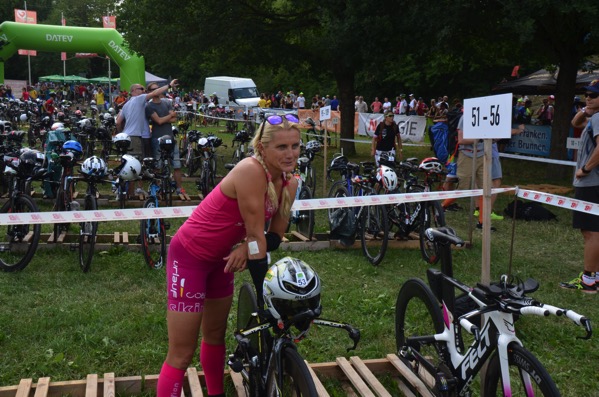 Laura Siddall (#54) has made huge steps forward even after her fourth place in Roth last year. She’s been racing a lot but looks forward to have another crack at a fast time in Roth: 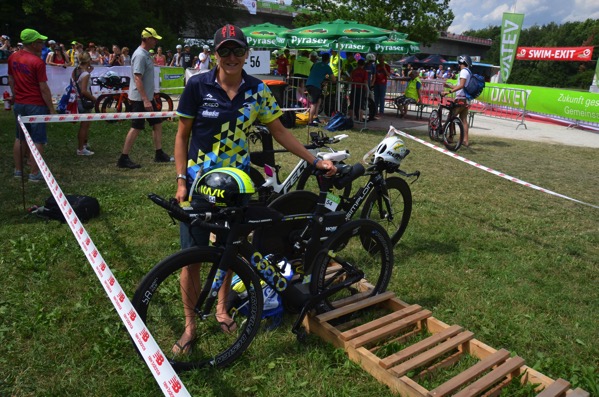 You can follow the race through Challenge Roth’s homepage, there is going to be live streams in German and English.