One day before IM Germany in Frankfurt athletes checked in their bikes into T1 at the “Langener Waldsee”. I was able to see most of them and snap a few pictures. For the whole Pro field, have a look at my predictions post.

At first it was raining quite hard, and athletes improvised ways to cover their bikes. Balasz Csoke used a few plastic bags to protect his drivetrain: 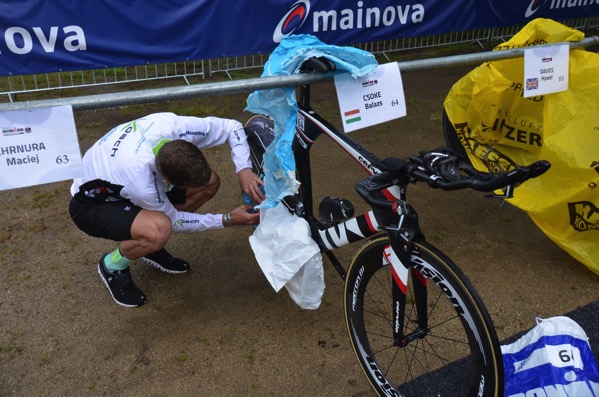 Joe Gambles was more focused on covering the saddle and his aerobars: 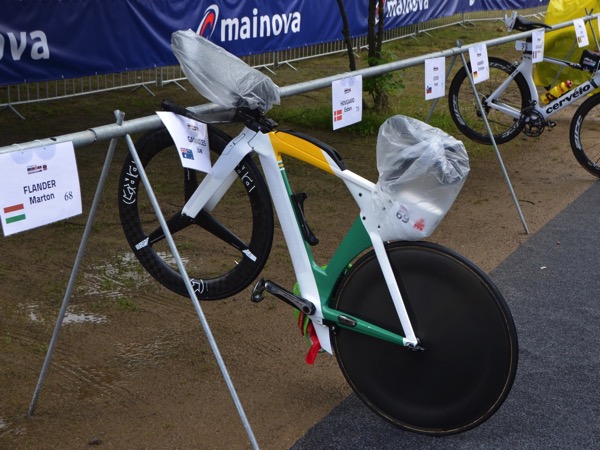 Katharina Grohmann made sure that there weren’t any small stones lodged in her tires: 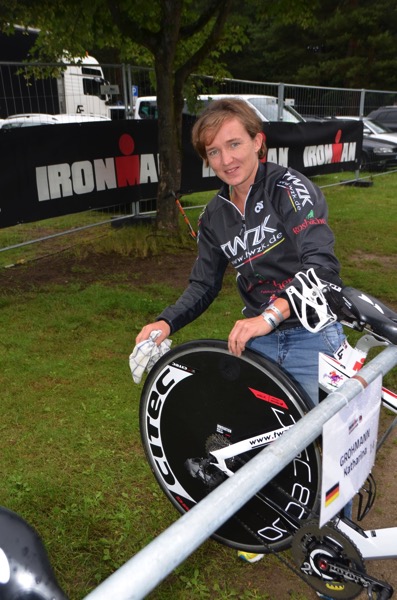 When Celia Kuch dropped off her bike for one of her last Professional IMs, the rain had stopped: 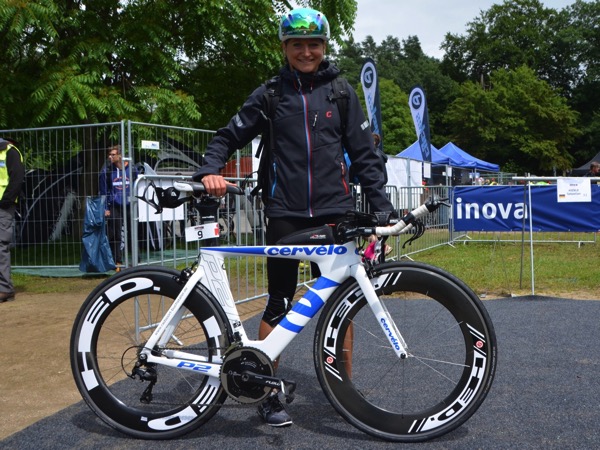 Mel Hauschildt was smiling when she dropped her bike – she’ll be the big “wild card” tomorrow. Hopefully she’s fit and healthy: 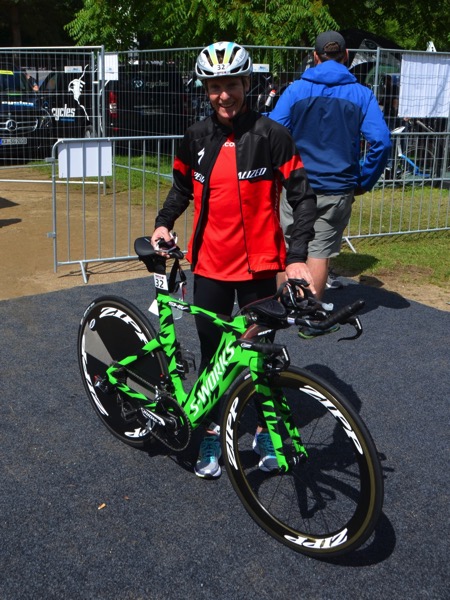 Male favorite Sebastian Kienle has a new bike for this season with a very clean fronted: 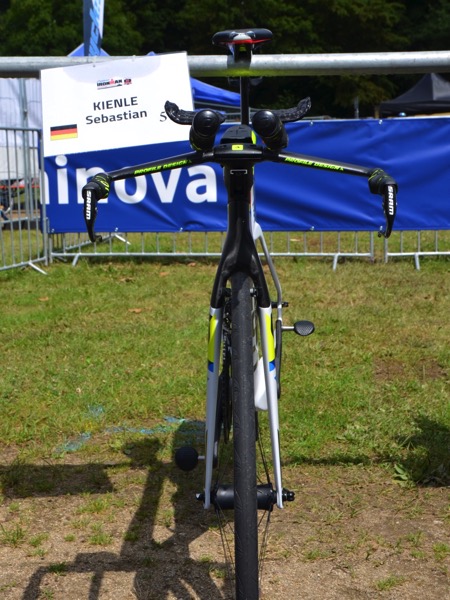 This year’s color scheme is much smoother than last year: 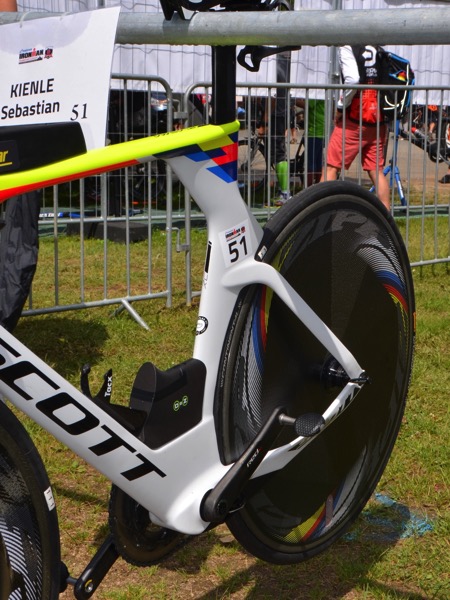 Shortly after Sebi female favorite Daniela Ryf checked in. Both joked around that Sebi – racing with bib #51 – shouldn’t grab the #1 bike that belongs to Daniela: 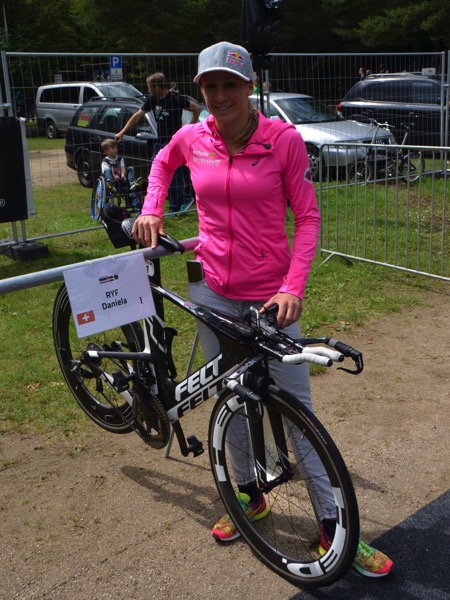 No doubt who owns this bike: 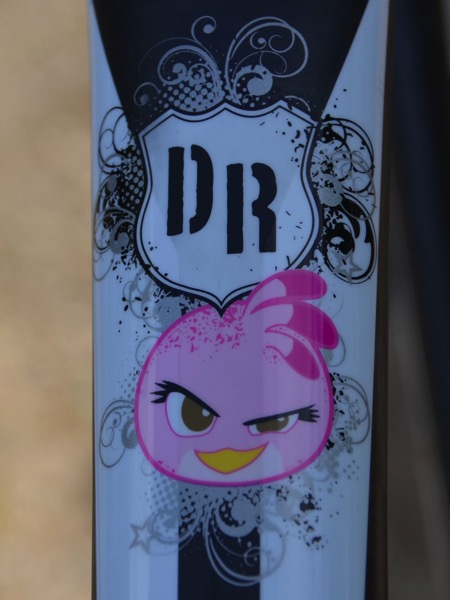 There will be a close fight for the podium, a lot of German females are eyeing third place and a very likely Kona slot. Among them is run course record holder Kristin Möller: 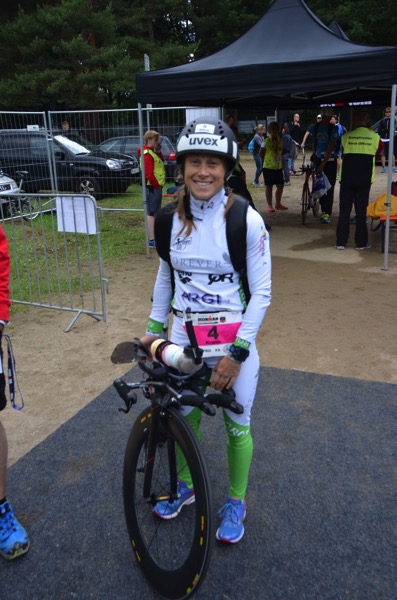 Astrid Stienen has won IM Sweden last year, this year she has been building with a clear focus towards IM Frankfurt: 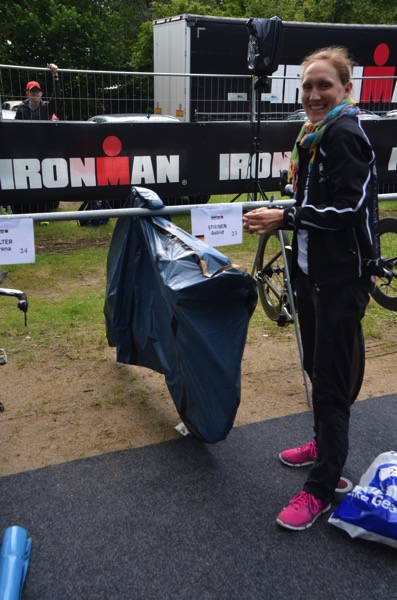 Bianca Steurer from Austria is – other than Daniela – the female with the most Kona points in the field. She’ll look for a sixth place to qualify: 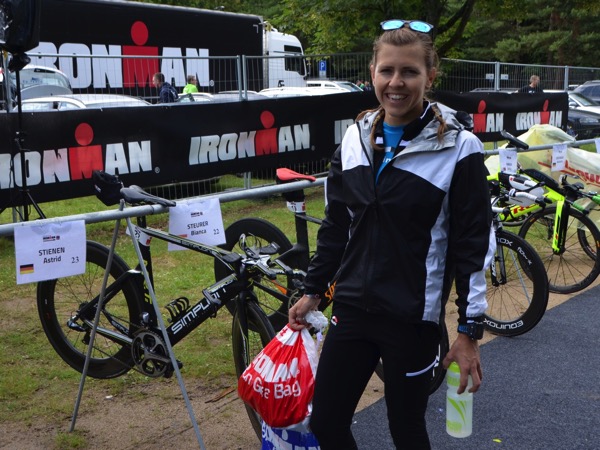 Mariana Andrade is one of the small Brazilian contingent racing in Frankfurt: 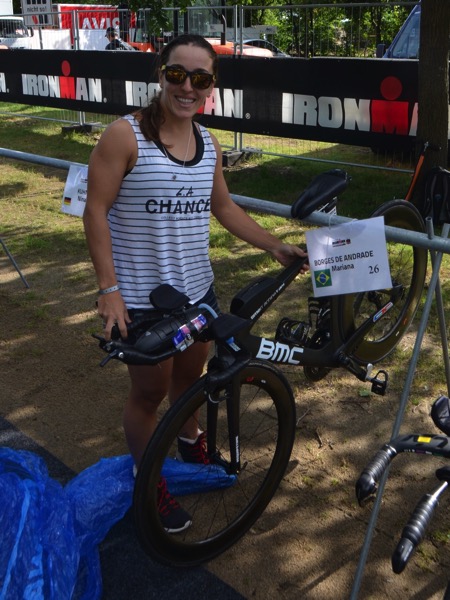 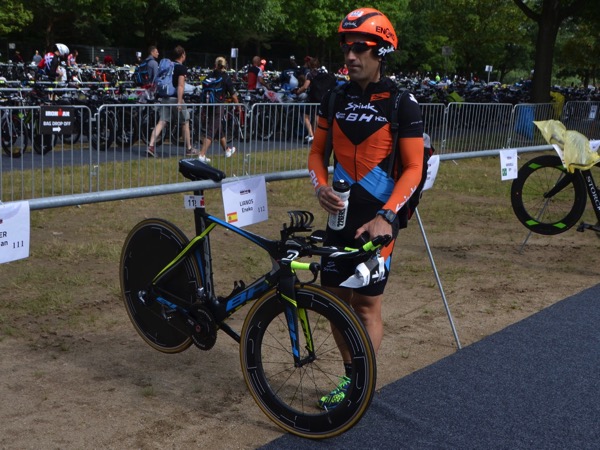 Another nice color scheme on the bike of Russian Pro Daniil Sapunov: 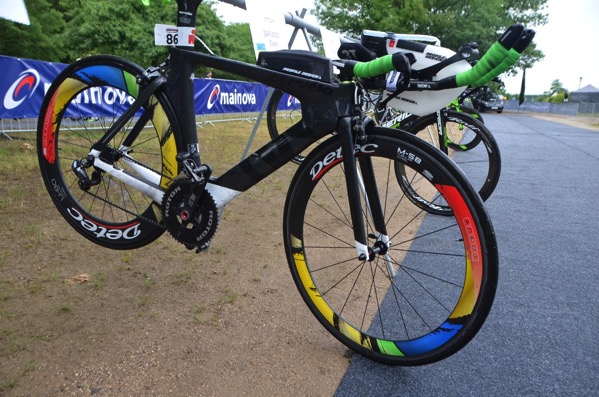 IM Texas Champion Patrick Lange is also racing, but only as part of a relay for the new title sponsor Mainova: 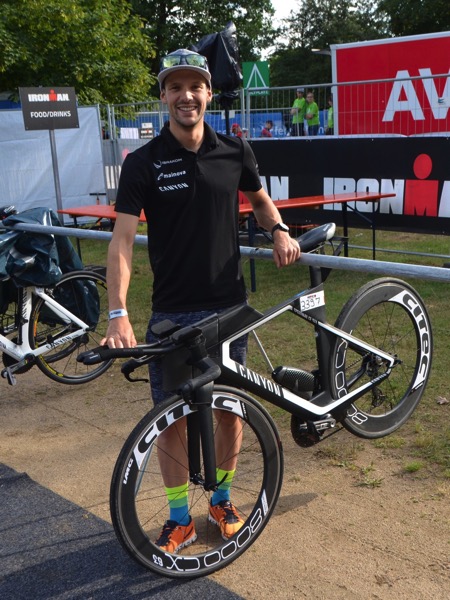