Note: This is an excerpt from my 2013 TriRating Report which has a lot more information about the 2013 long distance season. You can download it for free using this link.

In other sports – such as golf – the main way of ranking athletes is by the amount of prize money they make. With all the data from the qualifying races, I’ve built one for Ironman Triathlons. It is also a convenient way of putting men and women in the same list.

Here are the 20 athletes – both from the men and women – that have earned the most prize money in „official”, full-distance Ironman races in the Kona 2013 qualifying cycle. This year, I’ve added the Kona money makers and the changes in the rankings the Kona money makes:

As last year, 70.3s and non-WTC races are not included. 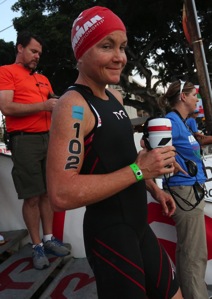 Here are some observations: