The “Athlete Tracker” had one of those days, and weird data was showing up all over the place. At the time that I’m writing the post, there is no data for IM Brasil. Therefore, the results and analysis have to be taken with a bit of caution – they are based off some preliminary data that I had to clean up a bit before it was at least usable. There may be some changes in the final data and results.

Once again, conditions were very quick – Igor Amorelli was only six minutes off the course record, and Sara Gross was more than nine minutes quicker than the old record. Conditions must have been very good, the quick bike was followed by a quick run as well, leading to an adjustment of 26:45 and a new course rating of 18:58.

Igor Amorelli and Santiago Ascenso battled with each other for most of the run until Igor managed to pull away. 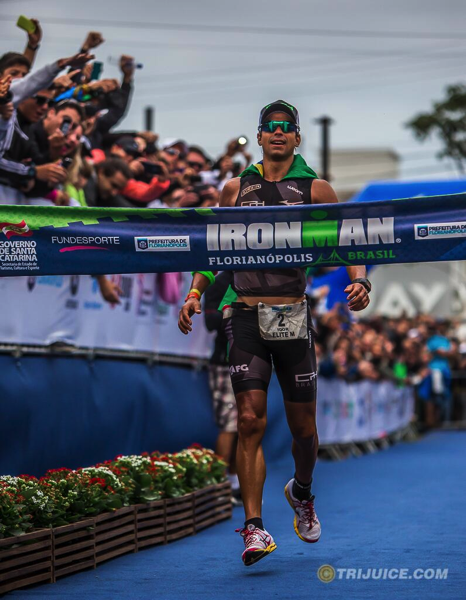 Marcel Zamora was eating a bit into their lead, but never challenged to close the gap. Behind these three, the trio of Harry Wiltshire, Petr Vabrousek and AJ Baucco were probably quite happy to be in the money:

After her 18th place at IM Texas just a week ago, Sara Gross delivered a shocker: Winning IM Brasil with a sub-9 finish. 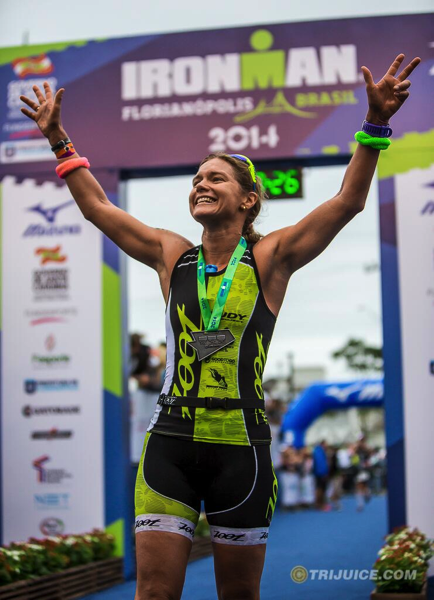 She was followed by Sofie Goos and Ariane Monticelli. Super-runners Lisa Roberts (Ribes) and Jessie Donavan didn’t manage to make up enough time. Lucie Reed was totally frustrated after the race: She reported being swallowed by a large bike pack after leading the race until the 150km mark – and then being slapped with a ten minute drafting penalty.