You can submit your own top picks on IM Predictions for a chance to win some nice prizes!

The 2013 race in Cairns was won by two athletes that went on to play a big role in Kona: Luke McKenzie (2nd) and Liz Blatchford (3rd). Also, Tim Van Berkel had the best 2013 run performance. 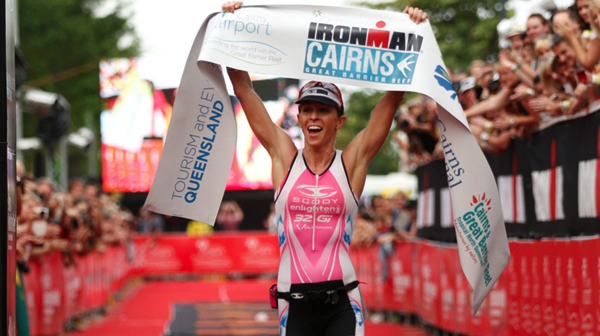 There is one name absent from this list: I had anticipated Annabel Luxford to give her IM debut (she had announced it on her website). She recently had a bit of a crash and that might have contributed to her racing the shorter 70.3 on the same weekend. I’m not aware of any new IM plans for her.

All the participants are based in Australia or New Zealand. Tim Van Berkel has had a great race here last year – I’m sure he’d love to be one step higher on the podium this year. Cameron Brown might be close to the end of his career, but another solid result in Cairns would put him in a great position for a Kona slot. Courtney Ogden (and also Jason Shortis) are two more experienced athletes that may pul one more great performance out of their hats. Peter Robertson is still struggling to figure out IM racing, while Jimmy Johnsen is hopefully back to racing healthy after some injury woes after his great 2013 season.

The field is also dominated by athletes from „down under“. Liz Blatchford won the race last year and is back to defend her title (while her main goal is probably to validate her Kona slot). „Kona“ is also the goal for the next two contenders: The athlete with the longest trip is Asa Lundstrom who just needs a few more points but loves to race IMs (she already has points from Lake Tahoe, Arizona and Melbourne). Rebecca Hoschke has still a chance for a Kona slot, but probably needs a win to get close to the cutoff as she already has five races in her total points. Veteran racer Hillary Biscay is also on the start list but probably won’t be in the mix once the field settles on the bike.