Update (Nov 26th): Lucie Zelenkova Reed announced on Twitter that she decided to pull out of the race.

Update (Dec 7th): Ironman has posted a start list after registration, and I have updated my tables accordingly. Good luck to everyone racing!

With Western Australia, the last Ironman race for 2013 is coming up. After this race, we’ll have a pretty long break in Kona qualifying races until Ironman New Zealand in March.

(An earlier version of this post listed the 2011 results with winners Timo Bracht and Michelle Bremer.)

All the course records are pretty old – this may be a result of some course changes, but it also shows the decline in status of the WA race.

The Course Rating for IM Western Australia is 12:27.

IM Western Australia has 2000 KPR points for the winner. It has a total prize purse of 40k$. 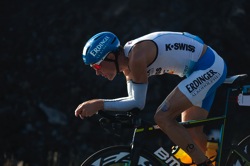 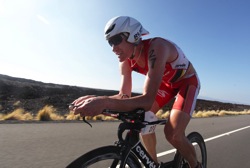 After the demise of the P-1000 races, WA continues to offer 2000 KPR points for the winner but increased the prize purse from 25k to 40k. The race is a good opportunity to get some early qualifying points, probably better than in the crowded North American races.

With Andreas Raelert and David Dellow there are two world class athletes on the start list that had disappointing Kona 2013 results (DNF for Andreas, DNS for David):

While there are clear favorites in the men’s race, it’s hard to pick a front-runner in the women’s race: There are at least six athletes with very similar ratings and different strengths, and with Bree Wee and Kate Bevilaqua two more Ironman winners.