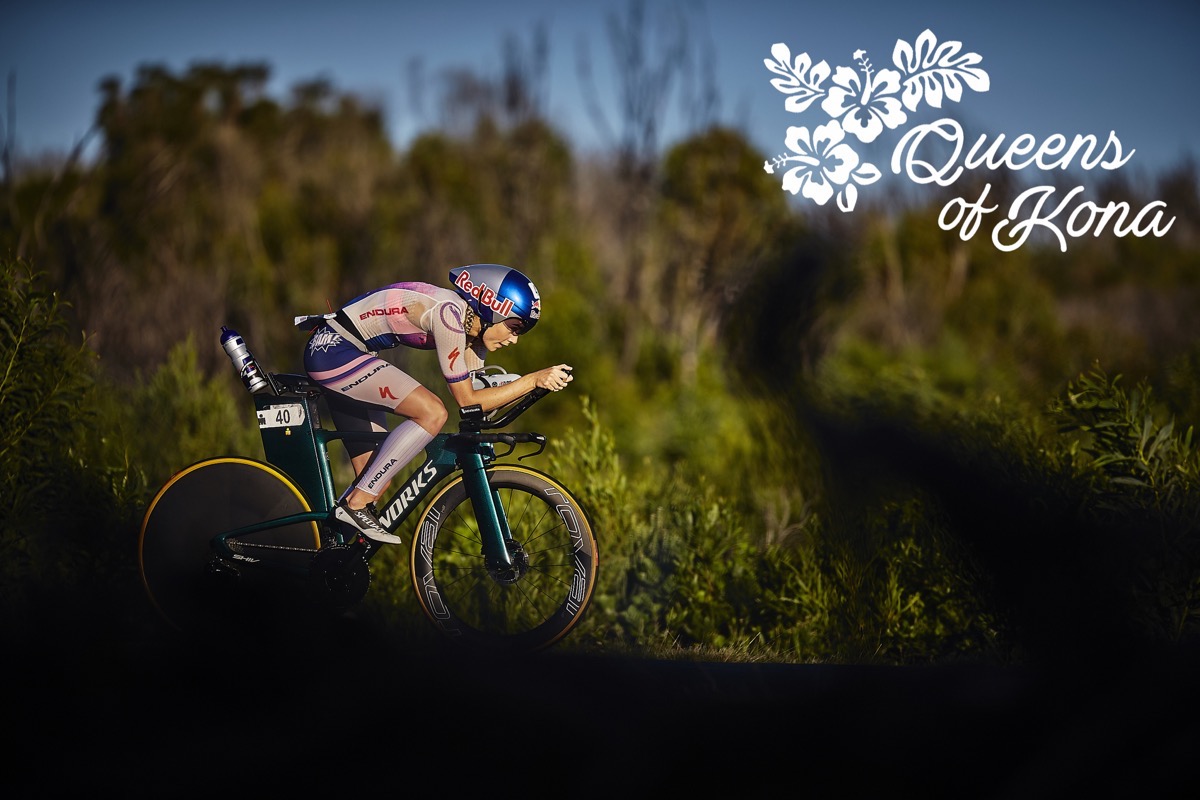 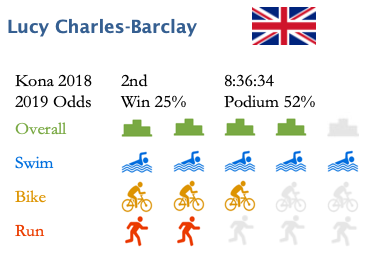 Lucy’s Kona races in the last two years are almost carbon-copies of each other: Win the swim (posting a new swim course record in 2018), then riding at the front of the race for most of the bike leg, being overtaken by Daniela Ryf at about 160k on the bike, then running well and hold on to second place in the marathon. If this year is going to be different, can she improve on second place or will she end up further back in the field?

Her 2019 racing so far has been almost flawless: She won Ironman South Africa even though the swim was shortened, minimizing her swim strength. At Challenge Samorin and Challenge Roth she took the lead in the swim as usual, after which no one in the world-class fields was able to reduce the gap to an extent that her win was in danger. In Roth she posted a new overall PR of 8:31:09 which is also the fastest long-distance time this season, and both her marathons in South African and Roth were under three hours. The only race she wasn’t able to win this year was 70.3 Worlds where she was quickly caught on the bike and then received a drafting penalty when she drifted into another athlete’s draft zone in a slight downhill and didn’t pass her. Even with a 5-minute penalty she still finished in fifth place.

In her last three IM-distance races she has shown that she is no longer “just” a swim specialist. She’s been consistently riding one of the fastest splits and her run has improved as well. As she continues to outswim most of her competition by about six minutes, it will require a very patient “catching up all day long” strategy to beat her. The last two years Daniela Ryf has been able to catch up to her on the bike – maybe this year Lucy will ride even harder to at least make it a race well into the marathon. The rest of the field will have to work harder than in the past to reduce the gap on the bike. It’ll be very interesting to see how the gaps between Lucy and the rest of the field will develop and if anyone other than Daniela will have a chance to overtake her this year.