Note: This is a slightly expanded version of a section from my free Kona Rating Report that contains a lot more “geeky” views and details for this year’s Kona Pro fields. (You can get your copy here.)

When analyzing the results of the previous races in Kona, a few interesting “patterns” emerge on how results change from year to year. While these pattern are in no way certain, they still offer some insights on what to expect from year to year. The graphs show where athletes that win the race (or finish on the podium or between 4th and 10th) have finished the year before and where they have finished the year after.

Here’s a graph showing how the winners fared from one year to year: 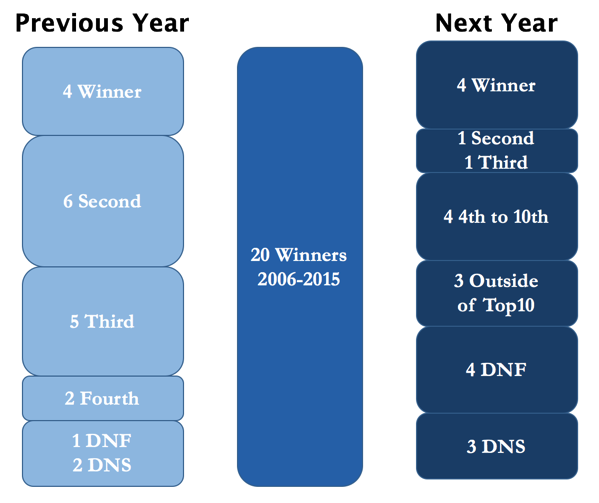 “Kona Podium” is one of the big career goals for Iron-distance triathletes, it’s often seen as a stepping stone to winning the race. Here’s a look at this segment: 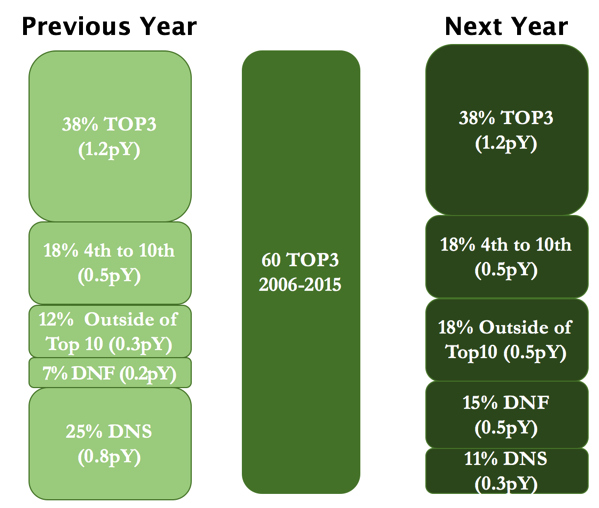 Developments in the podium from year to year:

Another very interesting segment is the athletes that finish in the Top 10 but not on the podium (4th to 10th place): 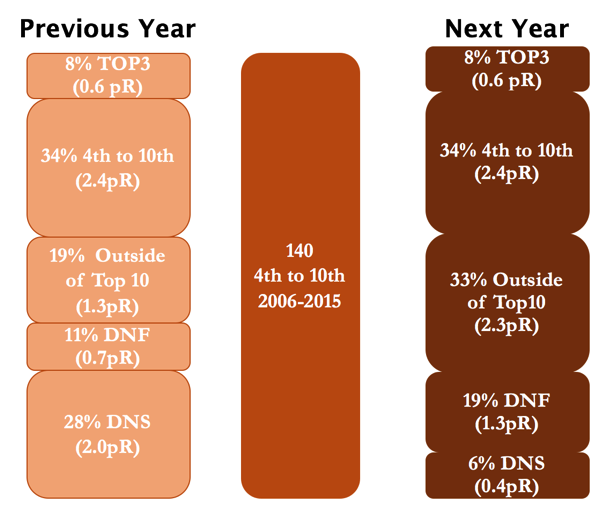 What would it mean for this year?

Before going into some details, it’s important to note that this statistic is just that – an observation about what happened in the past, and not a “prediction” of what will happen this year. Nonetheless, one can build some interesting speculations on these migration charts.

19 of the last 20 winners came from either first to fourth from the previous year or the winner two years before (who DNF’d or DNS’d). This would produce a short list of the following potential winners for this year:

One can also “construct” a list of podium contenders based on the “typical” migration from one year to another – there’s usually one athlete from the podium the year before, one athlete that finished off the podium and one athlete who didn’t finish/race the year before. Especially for the second and third category the list of potential podium candidates get quite large very quickly – I’ll just mention a few “very obvious” candidates, but the list can’t be exhaustive (and I probably missed at least one more obvious candidate in each category)!