This is an excerpt from my free 2014 TriRating Report which has a lot more information and data on the 2014 season. You can still download it for free! 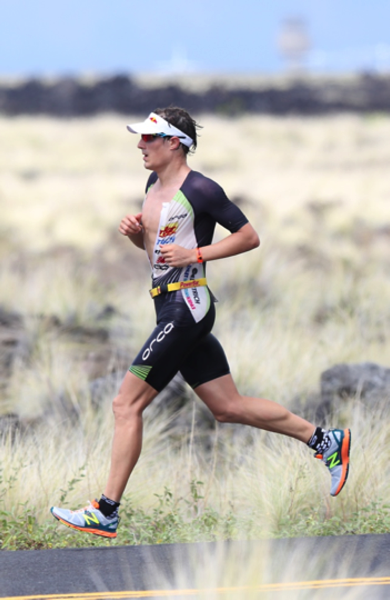 Clearly, Sebastian Kienle had a dream year on the Ironman distance, winning in Frankfurt and in Kona. His only disappointment was the 70.3 World Champs – but of course that doesn’t influence his IM rating which he improved by almost 10 minutes! He is my new #1 rated athlete.

There is only a small difference from Sebi to #2 Nils Frommhold. After having to take most of 2013 off with an injury, Nils won IM South Africa, placed second in Roth and had a great first race in Kona, finishing 6th. He hasn’t had a “bad” Ironman race yet, and it’ll be interesting to see if he can improve further while staying healthy.

Last year’s Kona champion Frederick Van Lierde wasn’t able to build on his great 2013 season – but still managed to climb into #3 while improving his rating with a solid 2nd place in Frankfurt (just missing the 8-hour barrier) and finishing 8th in Kona. His Kona result will probably be a disappointment for him – he was in a good position on the run in second place, but ran out of steam in the Energy Lab. I don’t think we’ve seen his best Kona race yet!

Dirk Bockel (#4), Eneko Llanos (#5), Bart Aernouts (joint #8) and Jordan Rapp (#10) will have mixed feelings about their 2014 season. All of them had some good results, but they probably were aiming even higher. Dirk won in Melbourne, but struggled with injuries and missed Kona. Eneko focused on Kona but DNF’d, Bart was shooting for a Kona podium but was too far back after the bike, and Jordan had to re-focus his racing efforts.

Craig Alexander (#6) had practically ended his IM racing career after Kona 2013, then raced Melbourne and put in another focused effort to prepare for Kona, finishing a respectable 13th. This was probably the end of a fantastic IM career, I don’t expect to see him back on an IM start line.

Timo Bracht (#7) decided to skip Kona this year and fulfilled a career goal by finally winning Challenge Roth. He continued to race a lot after that (Copenhagen, Mallorca) and seemed to be a bit flat.

Clemente Alonso (joint #8) had a fantastic fall racing season: Second in Copenhagen, winning Barcelona, second in Arizona and third in Cozumel. He’s already safe for Kona 2015 – he’ll probably need some extended recovery, but will still have some time for a focused Kona preparation. 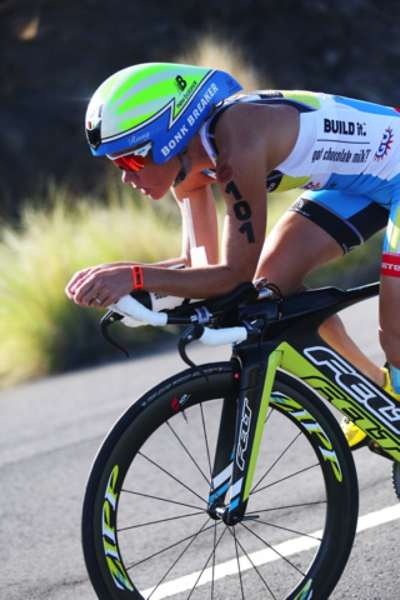 Mirinda Carfrae continues to be the clear #1 female athlete. She had another phenomenal Ironman-year: Winning Roth in the fastest time of the year and then defending her Kona title with an epic come-from-behind run, improving her rating by almost 13 minutes! She’s leading by ten minutes, but can she have another year like this?

“Rookie of the year” is another obvious choice: Daniela Ryf. With her wins in Switzerland and Copenhagen and her second place in Kona she enters my ranking in #2, sneaking past a number of more established athletes. It seems as if she’ll continue on the path she took this year, but it’ll be hard to improve on winning the 70.3 champs and finishing second in Kona.

Rachel Joyce (#3), Caroline Steffen (#4) and Yvonne Van Vlerken (#5) all had a good season with solid results, but they are still looking for a great Kona race. Rachel wasn’t satisfied with her third place in Kona, Caroline was outright disappointed finishing fifth, and Yvonne even DNF’d. Still, I expect all of them to race strong in 2015, and their preparation will focus on beating Rinnie in Kona.

With Eva Wutti there is another new athlete in #6. She is however, a bit of “hit or miss”, either finishing sub-9 or not finishing at all. (Her three finishes are 8:37, 8:51 and 8:49.) I hope that she gets more stable and manages to be in the mix in the big races with strong fields.

Jodie Swallow in #7 finally managed to have long-distance results in line with her talent, work ethic and racing spirit. While she came up short of great results in South Africa (3rd) and Germany (7th), her season finished strong with a second place in 70.3 World Championships, a fourth place in Kona and also a third place in Bahrain. She proved she can be in the mix in the big races, and will be a strong podium contender in 2015.

Mary Beth Ellis (#8) continues to race on a high level, but she seems to be missing the “winning spark” that she had at the start of her long-distance career. Maybe she was still struggling after her injury late last season? She’ll work hard to win some more races in 2015.

After a stellar first season of IM racing culminating in a podium finish in Kona, Liz Blatchford (#9) solidified her position as one of the top IM racers. Similarly, Julia Gajer (#10) had a successful first Kona campaign, finishing in 6th place. Both will be strong contenders in their 2015 races and will look for a podium finish in Kona.