The following is an excerpt from my “TriRating Report 2016”. You can find more details about the Report in this post or get your own free copy here. The full Top 10 Ratings (male and female, including for the individual legs) are posted here. 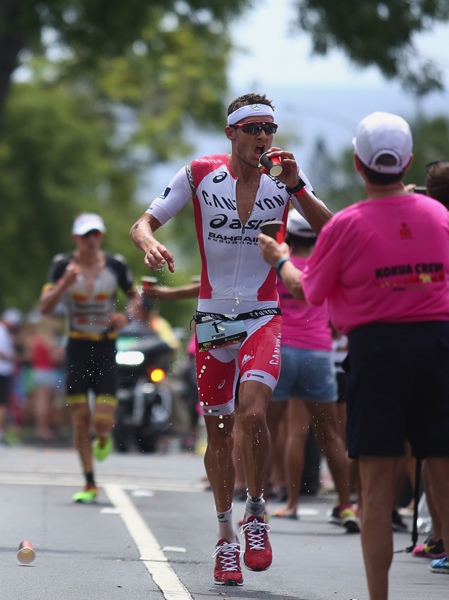 Jan Frodeno was my #1 ranked athlete last year, and of course he remains in first place, even increasing his lead. The fact that his second place in Lanzarote was his worst performance of the year is indicative of the level he’s racing at: His two other IM-distance races were a world-record time at Challenge Roth and a win in Kona. How long will his domination of male IM-racing last? There hasn’t been a three-peat in Kona since the days of Mark Allen (who won five in a row between 1989 and 1993) and Dave Scott (among his six wins was a three-peat from 1982 to 1984). A third Kona win for Frodo in 2017 would raise his profile to “Dave and Mark level”.

It’s been a solid 2016 for Sebastian Kienle (#2), and though he’ll be proud of his results I’m pretty sure he’ll be looking for more in 2017. This year, he had a win at Ironman Frankfurt that included a new marathon PR of 2:44. Second places at 70.3 Champs and in Kona were good results, but probably a bit too close to the very front to be satisfied. In Mooloolaba Sebi came up just short after lots of back and forth in a sprint finish to Tim Reed, and in Kona Jan was able to run a bit faster when it mattered. After Sebi wasn’t rewarded for more aggressive racing in Kona 2015, he was a bit more conservative this year – forcing Jan to use every last drop energy but not enough to crack him. After struggling with a few injuries in previous seasons, Sebi has been healthy for most of this year. If his progress on the run continues for 2017, it means he can probably afford to be a bit more active on the Kona bike.

2015’s summary for Brent McMahon (#3) is also applicable to this year: Great racing – except for Kona. Unfortunately, that’s where it matters most and the performance on race day determines whether an athlete has had a great year – or merely a good one. Brent had two fantastic races in Brasil and in Arizona, both times posting extremely fast times: 7:46:10 in Brasil (a North American record at that time) and a 7:50 in Arizona which was overshadowed by Lionel Sanders going 7:44 and grabbing the North American record. In Kona, Brent lost contact to the front group in the early parts of the bike when he received a drafting penalty. Similar to Patrick Lange he raced his own race and was running well, almost working his way into the Top 10. But around the Energy Lab he started vomiting and though he tried hard he didn’t have any power left, dropping all the way back into 30th place. If Brent manages to figure out how to race well in Kona, he’s easily a podium candidate. He’ll be back in 2017 to give it another hard try!

With Marino Vanhoenacker (#4) there is an athlete who is very unlikely to return to Kona. Marino is picking races that better suit his strengths, and two wins at IM Austria and IM Chattanooga allow him to close this year with a much better feeling than after his 2015 Kona DNF. I expect him to continue to pick races he loves to race – and chase his goal of winning an Ironman on each continent. He was scheduled to race Ironman New Zealand 2016, but had to withdraw when he sprained his ankle in the last run before his departure. Expect him to give it another try in 2017!

Nils Frommhold (#5) has improved his ranking and his rating – but he’ll probably view his tri season as a disappointment. He was struggling to race well in the heat of 70.3 Brasilia, then DNF’d at IM Texas when he was trying to secure a Kona slot. In the summer he posted his second sub-8 at Challenge Roth. Even that wasn’t what he was hoping for in his title defense – the gap to Jan Frodeno was too large, and he lost second place in the final kilometers of the run to Joe Skipper. He was eyeing a fall IM to get started on Kona 2017 qualifying but then was diagnosed with another stress fracture, ending his season. At least the year ended well on a personal level: In late November his daughter Louisa was born – congratulations! I’m sure that’ll be extra motivation for him to have a solid 2017 season.

#6 Andy Potts has also gained one spot compared to last year, but his season was somewhat mixed. As usual he won his North American summer IM (this time IM Canada) and 70.3s (winning Coeur d’Alene and Vineman) and he was eying the Kona podium after finishing in fourth place in 2015. In Kona he lost seven minutes to the front in the last hour of riding and crashed coming off his bike. The first part of the marathon went well, but eventually he ran out of steam and dropped back to 11th place. He closed the year by racing IM Western Australia in a new North American record of 7:55:12, but his performance was a bit overshadowed by Terenzo’s win. Having already secured his Kona slot, he can now try a different season plan – either not doing an IM over the summer or racing the deeper fields in Europe. He’s already 40 years old, but he hasn’t given up chasing a Kona podium!

For #7 Frederik Van Lierde 2016 could have been another “lost year” when he broke his collarbone in a spring race. But he handled the challenge well, and was on the start line of IM France just six weeks later. Of course he wasn’t yet at 100%, but a fourth place finish took care of Kona validation. In Kona he faced another challenge when he received a drafting penalty early in the race. He continued to ride hard, then had to pay the price when he wasn’t able to go with the faster runners that caught up to him. Still, tenth place is a very respectable finish considering his year and the penalty. Fred closed the year with a win at IM Cozumel, giving him complete freedom to focus on Kona 2017. If his preparation goes well and he doesn’t overrace in the summer, he’ll be at least a strong podium contender for Kona.

Having turned 25 this August, the youngest athlete in the Top 10 is Patrik Nilsson (#8). In 2015 Patrik decided to focus on his home Ironman race instead of taking his Kona slot. In tough conditions he won with a comfortable margin. After a long build into this season he put up two sub-8s within six weeks, winning IM Copenhagen and IM Barcelona and taking the Swedish Ironman record. After these two great performances he had to withdraw from racing IM Cozumel which could have already secured his Kona slot. Nonetheless, Patrik was signed by the BMC Uplace team – and they have clearly stated their goal of having a member of their team win Kona in the next few years. If Patrik is given the time to stabilize his performance, gain some experience in big, deep fields and develop a bit further, he may well be the athlete in the team to fulfill the dream goal.

With Jesse Thomas (#9) there is another new athlete in the Top 10. Jesse has cautiously moved into long-distance racing, after winning IM Wales at the tail-end of the 2015 season he also won IM Lanzarote, earning the distinction of being the only athlete who was able to beat Jan Frodeno in 2016. Going into Kona he said he would be racing his own race, but he got caught up in the Kona atmosphere and rode up to the front group, only to get dropped on the climb to Hawi. The rest of the day was tough, and even working as hard as he could he finished in 16th place. He might have hoped for more, but even blowing up in Kona he delivered his fastest Ironman finish to date! He also seemed intrigued by the race, and I’m sure that this was not the last time we’ll see him race in Kona.

After suffering from a tough bike accident, it’s great to see Andi Böcherer (#10) back to enjoying racing. As last year, he was in excellent form in the summer and was unbeaten in all his races on the 70.3 distance. He had a great race at IM Frankfurt where he challenged Sebi Kienle all day, was finally able to run an excellent 2:45 marathon, and finished in second place just a minute behind Sebi. This year he also managed to hold on to his summer form for Hawaii. He was in the front group all day and ended up in a close fight with Ben Hoffman and Tim O’Donnell. It took Ben Hoffman all he had to stay 20 seconds ahead of Andi, but while Ben was completely gone and needed medical attention, Andi was able to celebrate his fifth place and finally being able to improve on his eighth place from 2011. I’m sure that next year he’ll try to reach more aggressive goals … and he hasn’t won an Ironman yet!

Last year we’ve also had a couple of other athletes in the Top 10: