Yvonne Van Vlerken has been a perennial contender in long distance triathlon for the last ten years: Since her debut at Challenge Roth (8:51:55 in 2007) she has won a total of eleven IM-distance races and raced four times in Kona, with a best result of second in 2008. Last season she qualified again for Kona, but she declined her slot after racing Roth in July and instead focused on the buildup for the 2016 season.

When Ironman announced a new Ironman in the Netherlands, they also announced two Dutch athletes that would race there in August: Bas Diederen and Yvonne Van Vlerken. Bas raced IM Germany five weeks before, then won IM Maastricht but struggled in Kona and DNF’d. Yvonne’s racing plan was even tighter: She raced Roth and Maastricht within four weeks, and after she went sub-9 in Roth, she had her slowest Ironman finish so far in Maastricht, still winning the race.

After Maastricht it was time for Yvonne to set up her 2016 summer. She had two major goals for this year’s season: To race her favorite long-distance race in Roth but also to prepare well for Kona without racing too much over the summer. In order to do that, she needed to secure a safe spot for Kona 2016 as early as possible. A big first step towards that was to race IM Barcelona in October. She had to work extremely hard for the win – a 3:02 run and an 8:46 finish gave her a margin of less than two minutes over Kaisa Lehtonen who was shoulder-to-shoulder with her for most of the run. (Kaisa went on to win this year’s IM South Africa.)

With the fall season coming to Europe, Yvonne and her parter Per Bittner had the chance to travel to Australia and race the southern hemisphere season. While not taking first place in the races she started, she finished third at IM Western Australia and had two second places in the 70.3s in Mandurah and Ballarat. While that still left some doubt, it pretty much made her safe for a Kona slot. As she planned some more prep races in Europe where she could also score a few more points, she was able to relax a bit and plan her build-up towards Challenge Roth with coach Siri Lindley. 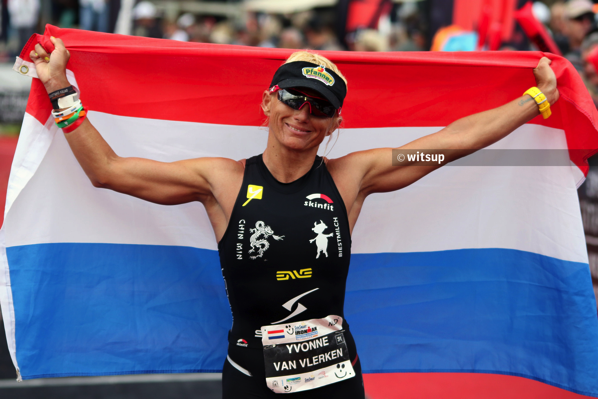 With her 8:46 in Barcelona 2015, Yvonne managed to take the first of Chrissie Wellington’s many records: Yvonne is the first women to finish ten Ironman-distance races in under nine hours, surpassing Chrissie’s mark of nine sub-9 finishes. For this year’s Challenge Roth, Yvonne is again looking for a good race and a fast finish. Here are some potential goals she is looking at:

While this would allow her to break some more of Chrissie’s records, she freely admits that Chrissie was on another level and that she could never be as fast. A humble statement from the athlete that has gone sub-9 more often than any other woman! 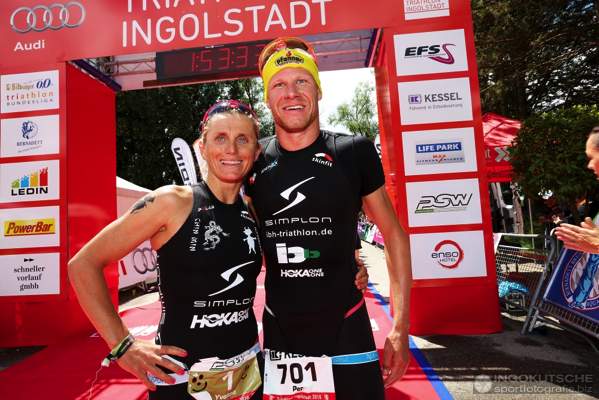 (Photo: Yvonne and Per after racing in Ingolstadt in early June. Yvonne won the Middle Distance, Per was second in the Olympic Distance race. Credit: Ingo Kutsche)