Rather than look at individual race results, this post shows aggregate data on 2017 races and answers the questions of which athletes have won multiple IM-distance races, which athletes have continued a “winning streak” on the same course, and which nation was able to score the most long-distance podiums and wins.

In 2016 Daniela Ryf was the only athlete who was able to win three Ironman-distance races. For 2017 the list of athletes with three wins is quite a bit longer:

There are also a number of athletes that had two wins: 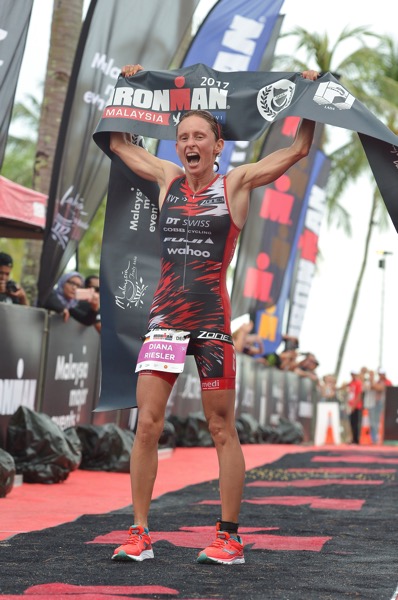 In November, Diana Riesler was able to win IM Malaysia for the fourth time in a row (see photo on the right, credit: Darren Ch’ng, Creative Clicks).

Other currently active winning streaks are:

Here’s a look at how the different nations did in the 2017 Ironman-distance races: 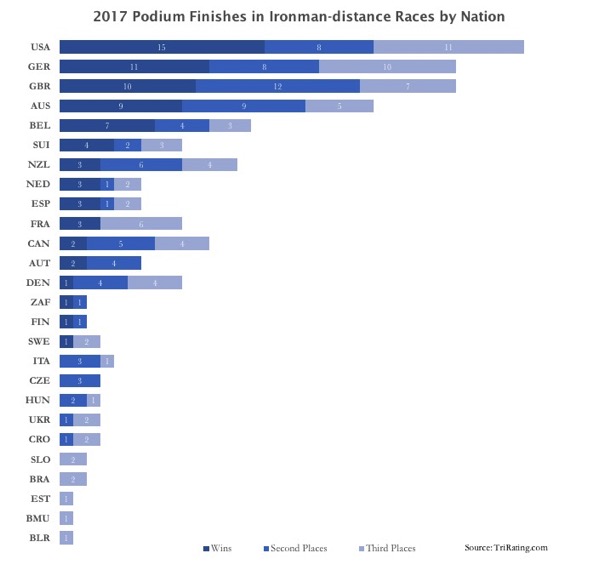 The USA continues to be the most successful nation, but while they were able to have 42 podium results in 2016, there were “only” 34 podiums in 2017. Germany continues to be in second place with 29 podiums (a slight reduction from last year’s 33). Great Britain have made a huge step forward compared to last year when they “only” had four wins and 19 podiums in total. Australia was also able to increase their total (16 podiums last year, 23 this year).