With the Kona Pro startlists finalized (see my posts on the male and female fields), this post looks at which nation the Pros are from and which nations have the most Pros.

Here are the numbers of professional athletes from different nations in Kona this year:

Since the KPR has been introduced for Kona 2011, the total number of Pro starters has been relatively stable between 82 in 2011 to 88 in 2015 and 91 this year (though that number could still shrink until raceday). Here’s a look at how the numbers have developed over the last years for the nations with the largest number of Kona Pros: 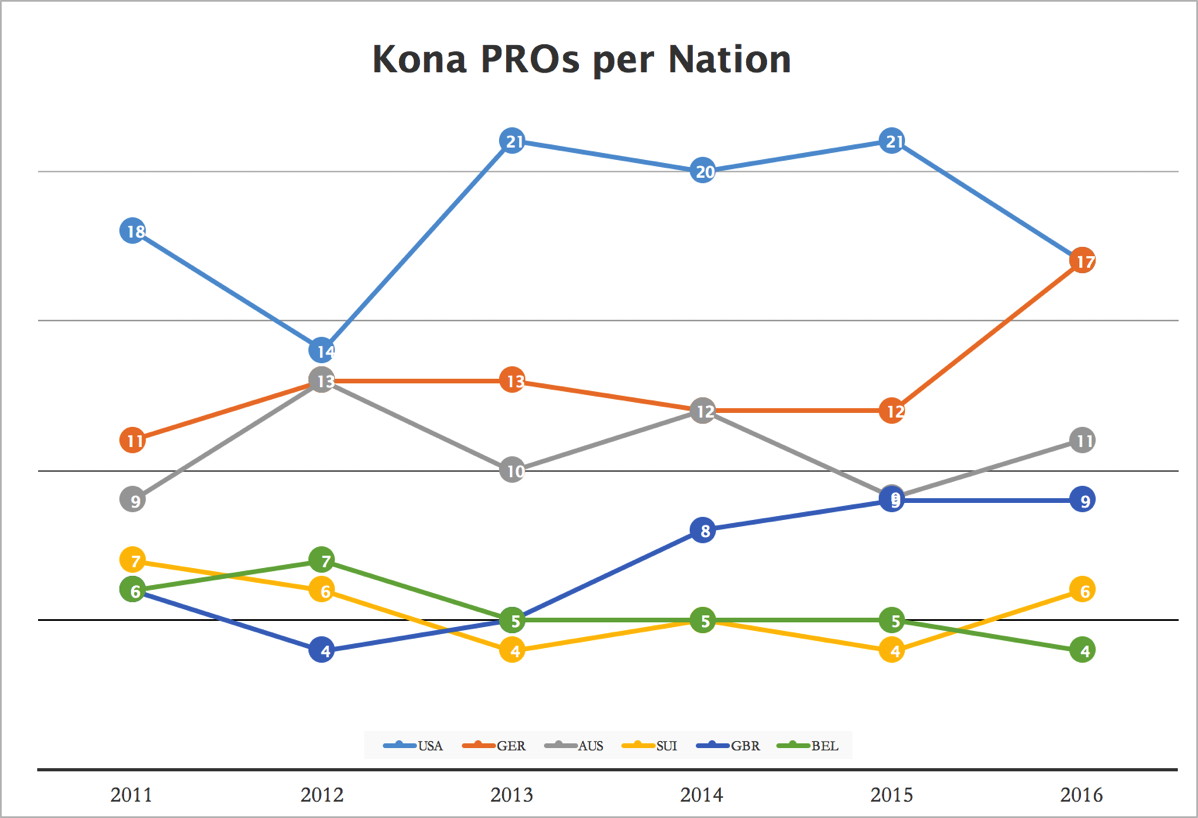 As you can see, the US has been dominating the field for a long time by quite a large margin, this year would have been the first time Germany could have taken the top spot.

The next chart shows the breakdown for the Female Pros – here the USA is still clearly the nation with the largest number of athletes: 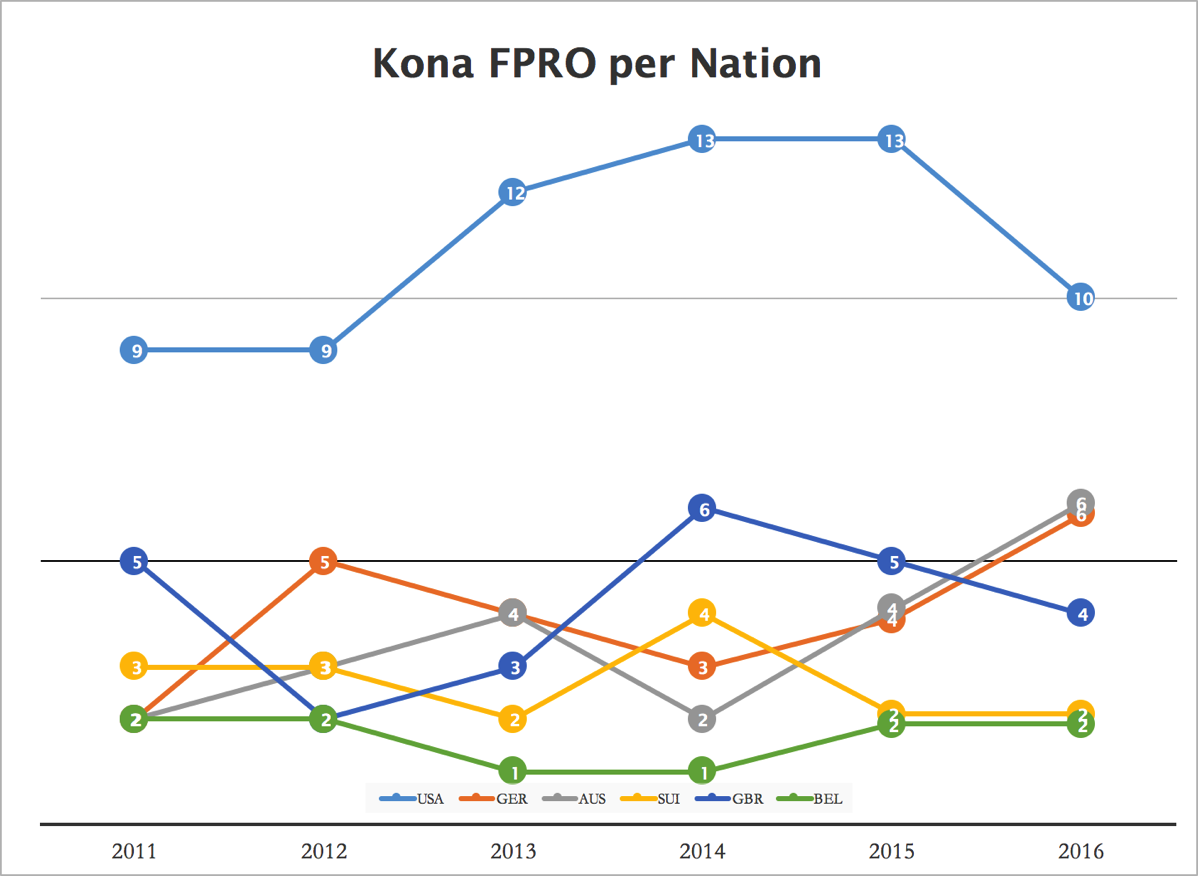 Things are a little bit different on the male side. This year Germany has the most male Pros, the first time as the “outright” leader. In the past there has been a back and forth between the USA, Australia and Germany: 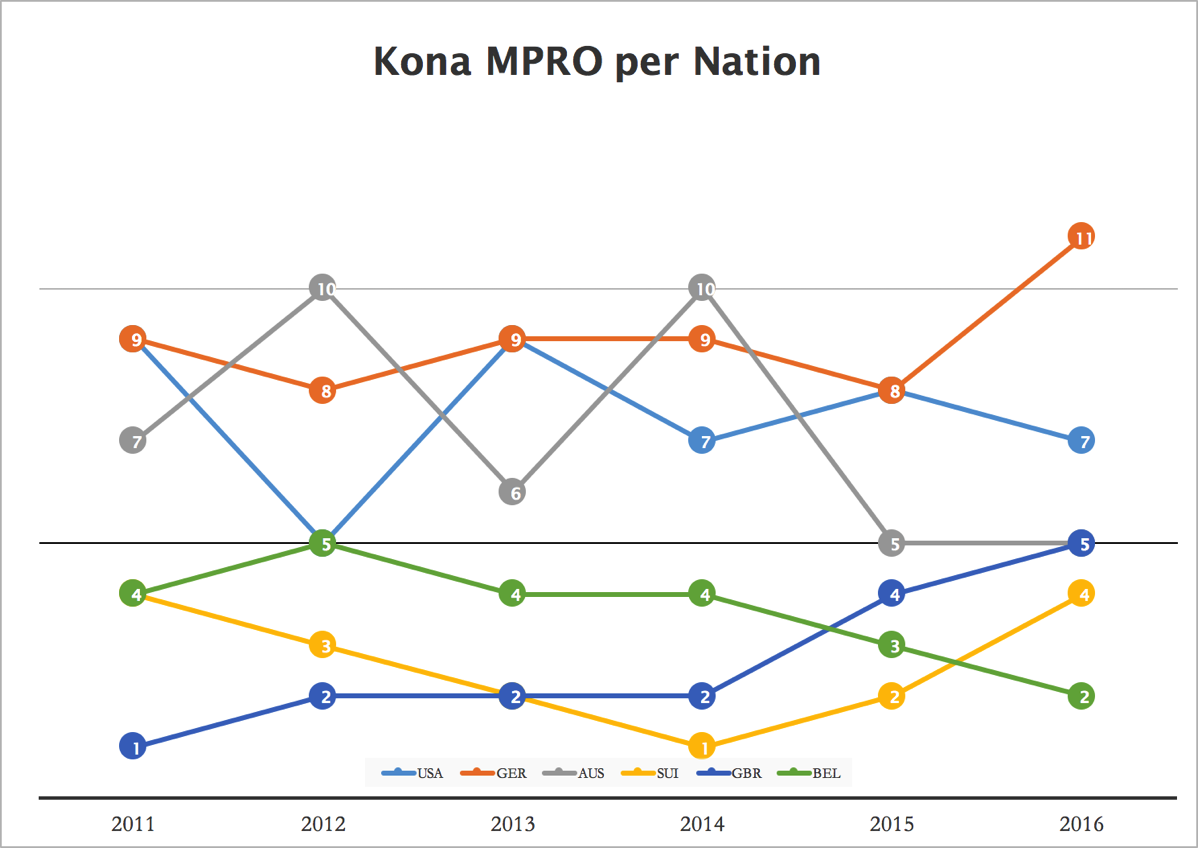